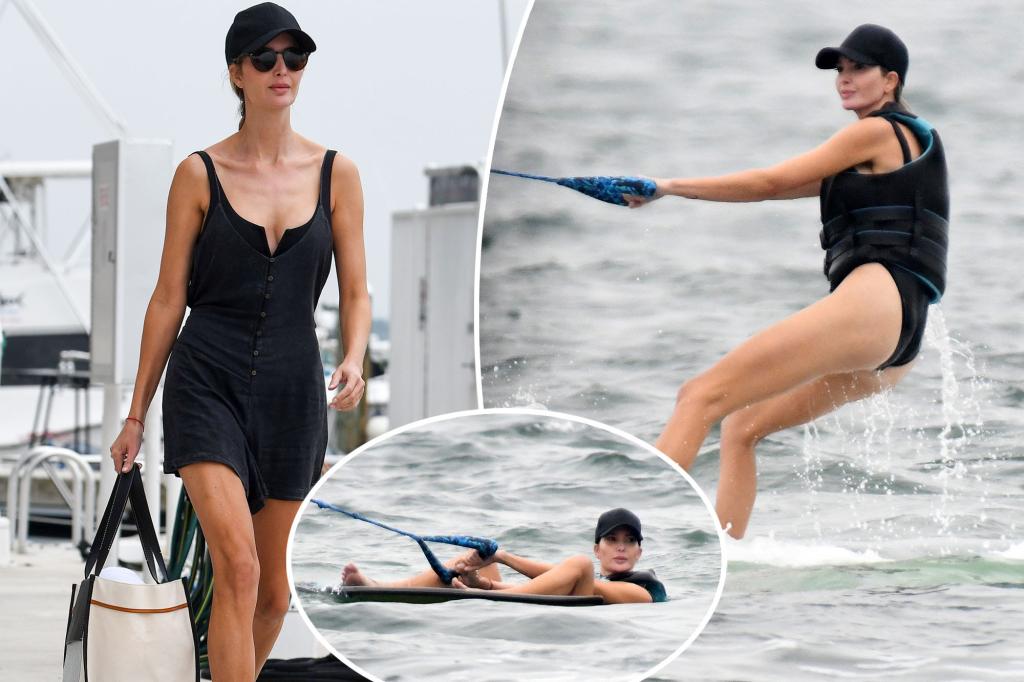 Ivanka Trump is really soaking up her newfound free time.

A relaxed and carefree former first daughter hit the water in Miami for a wakeboarding outing Thursday — just days after revealing she was done with politics and will play no part in her dad’s 2024 presidential campaign.

Ivanka, 41, was all smiles as she lapped up the waves in her matching black swimsuit, lifejacket and hat, exclusive photos show.

Later, Ivanka covered up in a black mini-dress and glasses as she stepped off the boat and back on dry land.

The outing is the first time the mom of three has been spotted in public since she skipped former President Donald Trump’s campaign announcement at Mar-a-Lago Tuesday night — and later revealed she had no future plans to “be involved in politics.”

A source told The Post on Thursday that moving forward, she just wants a “normal life” for her family with husband and fellow Trump administration adviser Jared Kushner.

“Ivanka hated all the criticism and the threats, and was unhappy about how a lot of their friends turned their back on them,” the source said of her time in the political spotlight during Trump’s presidency.

“She feels it’s bad for her family … and negative in general in her circle of friends.”

The source added that Ivanka didn’t gain any friends during her and Jared’s brief stint as unpaid presidential advisers in the White House.

“She wants as normal a life as she can arrange for her and her family … she’s unhappy about becoming a political target,” the source said. 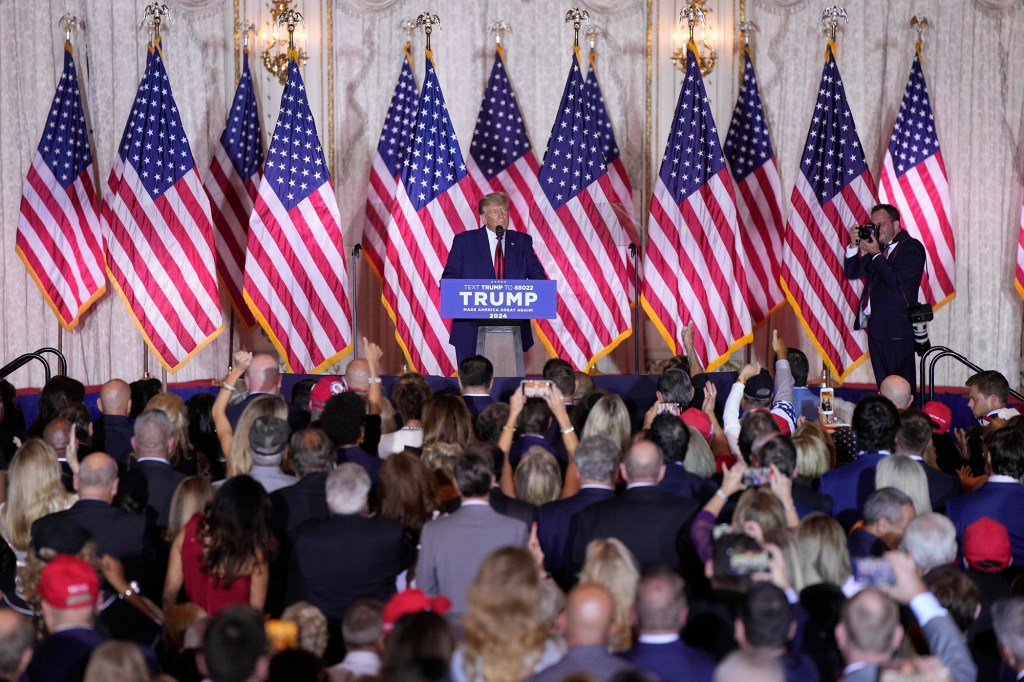 Former President Trump announcing his 2024 presidential campaign during an event at Mar-a-Lago in Palm Beach on Nov. 15, 2022.AP Photo/Rebecca Blackwell

Ivanka and Jared have been renting a condo in Miami since ditching Washington, DC, in January 2021 with their three kids — Arabella, 11, Joseph, 9, and Theodore, 6.

Sources had previously told The Post that Trump, 76, had spent part of Tiffany Trump’s wedding last week trying to convince Ivanka and Jared to present a united front by joining him on stage.

Trump, meanwhile, is still holding out hope he can convince his elder daughter to get on board with the 2024 campaign, but, according to a source, “Ivanka isn’t budging.”

In the wake of Trump’s announcement, Ivanka issued a statement saying she still supported her father but would play no part in his fresh bid for the White House.

“I love my father very much. This time around, I am choosing to prioritize my young children and the private life we are creating as a family. I do not plan to be involved in politics,” she said.

“While I will always love and support my father, going forward I will do so outside the political arena,” she added. “I am grateful to have had the honor of serving the American people and I will always be proud of many of our administration’s accomplishments.”

Kushner was among the family members and supporters in the crowd for the campaign announcement.