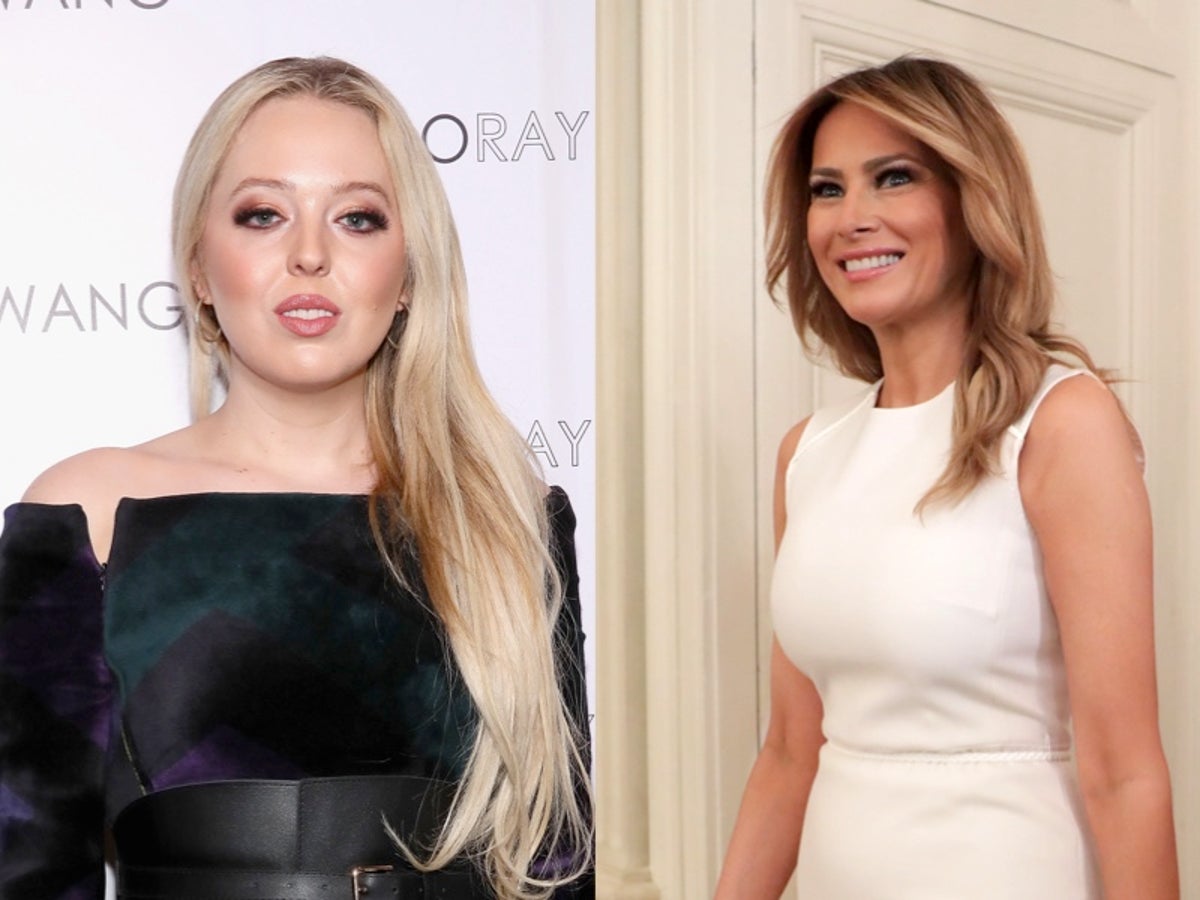 Melania Trump has found herself at the centre of a debate around wedding etiquette after wearing a cream gown to her stepdaughter Tiffany Trump’s wedding.

Tiffany, 29, exchanged vows with Michael Boulos over the weekend during a reception held at Mar-a-Lago, the Palm Beach, Florida, estate owned by her father, former president Donald Trump.

For the occasion, Tiffany opted for a long-sleeved Elie Saab wedding gown, which featured beaded detailing and a ballgown-style skirt, while her bridal party, which included sister Ivanka Trump as maid of honour, wore pale blue gowns. Ivanka’s dress was notable in itself as it was a copy of the pale blue gown Grace Kelly wore for the 1955 film To Catch a Thief.

Although it is not clear whether the 29-year-old bride asked that guests follow a specific dress code for the nuptials, a number of guests also chose gowns in pale shades, including Tiffany’s mother Marla Maples, who wore a lavender gown, and the bride’s sister-in-law Lara Trump, who wore a silver bedazzled gown.

However, the gown worn by Tiffany’s stepmother Melania proved to be controversial, despite matching the neutral colour scheme, as the 52 year old opted for a cream gown and tan belt for the Palm Beach wedding, a colour choice many claimed was too close to the white of the bride’s gown.

“And who wears white or cream colour dress to a wedding? Melania, of course,” one person tweeted, while pointing out that “it is the bride’s day to be the focus”.

Another person said: “Okay, Melania’s dress may not be exactly white but it’s still close enough to be inappropriate to wear to her stepdaughter’s wedding. Marla must be furious, I would be.”

“Did Melania wear a white dress to her step daughter’s wedding? Oof,” someone else tweeted.

Others debated the appropriateness of the dress while acknowledging Kimberly Guilfoyle’s black gown, which Ivanka cropped out of a photo from the wedding that she shared to Instagram. Ivanka later posted the unedited version of the photo, which saw Guilfoyle standing alongside her, Melania, Tiffany, Maples, and Lara, to her Instagram Stories.

“Okay we’ve all talked about ‘the crop’ but has anyone said anything about Melania going full Evil Stepmother and wearing a dress that can only be described as ‘not white because I’m wearing a belt,’” one person asked.

According to someone else, the wedding was full of a number of controversial outfit choices. “Why is [Melania] wearing a white dress?? I swear we need an entire show of the Fashion Police for this event. From Kimberly’s bat dress, Ivanka’s belly dancing costume, and now Melania wearing white, it’s like, don’t these women have stylists??” they wrote on Twitter.

Despite a majority of social media users suggesting that Melania’s dress was white, one person noted that the gown actually appeared to be cream or pale pink.

“I don’t think it’s white. It appears to be blush pink, peach or a light pastel. You can tell against Trump’s shirt,” they wrote alongside a photo of Melania and her husband.

According to wedding website The Knot, in general, “it’s not appropriate for guests to wear white to a wedding,” as wedding dress designer Madeline Gardner explained, “when you’re a guest at a wedding, the most important thing to keep in mind is not to upstage or upset the bride”.

“It’s safe to stay away from any outfits that are predominantly white, cream or ivory,” she added.

That being said, there are certain instances where a white outfit is acceptable, such as when the invitation clearly requests it, or if the outfit “incorporates a colourful pattern or white only as a small accent colour,” Shawne Jacobs, president and creative director of Anne Barge, told The Knot.

As for whether guests should also avoid black, The Knot states that the shade is generally acceptable. However, it is important to consider factors such as location and formality while choosing a dress for a wedding. “It’s important for guests to consider what type of wedding is being held before making any decisions on a colour and fabric. This will ensure that the guest is dressed appropriately for the formality of the wedding,” Jacobs said.