Don Jr. missed Trump’s 2024 campaign launch because he was hunting and couldn’t get a flight, report says 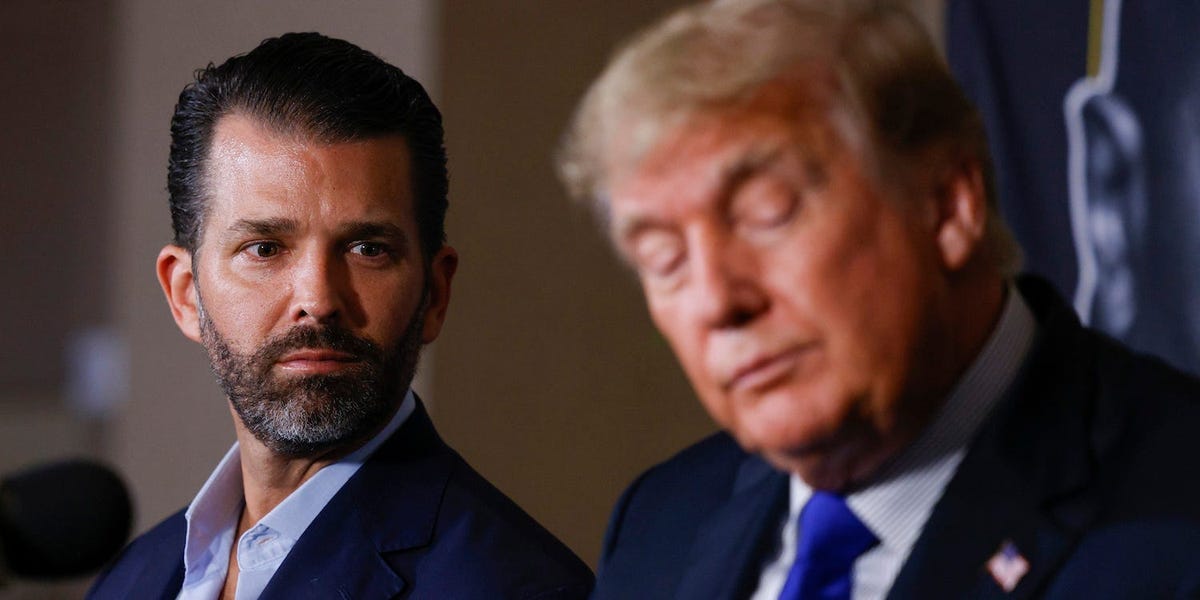 Donald Trump Jr. missed his father’s 2024 campaign launch because he was hunting in the mountains and was unable to get a flight to Florida, The Daily Beast reported.

Former President Donald Trump formally launched his 2024 bid for the Republican nomination at his Mar-a-Lago resort in Florida on Tuesday evening.

Among those in attendance were his wife and former First Lady Melania Trump, their 16-year-old son Barron, and Trump’s third child Eric, who came with his wife, Lara Trump.

Trump Jr. was a notable absence, alongside his sister Ivanka.

An unnamed source said the absence wasn’t a snub, but an accident. He was on a “hunting trip in the Mountain West” and “couldn’t get a flight out to make it back for the speech because of bad weather,” the source said.

It is unclear where exactly Don Jr. was hunting.

Despite his no-show, Don Jr. is said to be all in when it comes to his father’s third consecutive bid for the White House, The New York Post reported, citing unnamed sources.

Don Jr. tweeted clips of his father’s campaign announcement on Tuesday evening, and his fiancée, Kimberly Guilfoyle, was at the launch party in Mar-a-Lago.

Ivanka Trump, who played a key role in her father’s previous administration, said in a statement that she had decided to bow out of politics and focus instead on her children.

“I love my father very much. This time around, I am choosing to prioritize my young children and the private life we are creating as a family,” she said in the statement.

“While I will always love and support my father, going forward I will do so outside the political arena,” she added. “I am grateful to have had the honor of serving the American people and will always be proud of many of our administration’s accomplishments.”

Tiffany Trump, who the former president shares with ex-wife Marla Maples, also wasn’t there, a few days after getting married.

Ivanka Trump’s statement came after The New York Post reported that the former president had pleaded with her and her husband, Jared Kushner, to join him for his campaign announcement.

Kushner did attend the presidential campaign launch on Tuesday night.