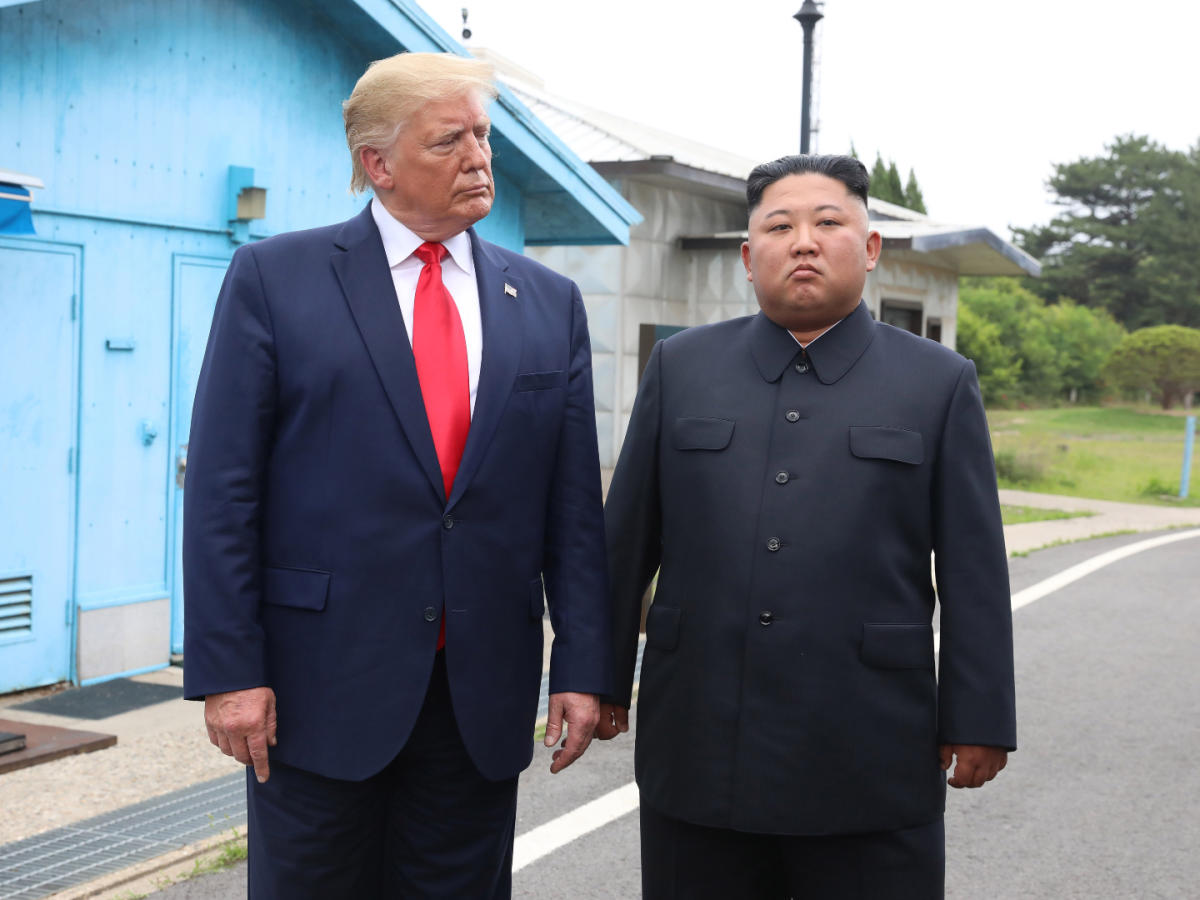 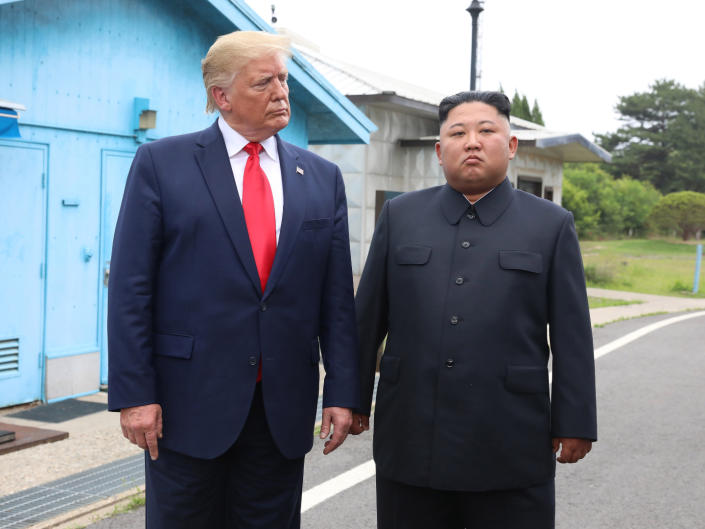 If you purchase an independently reviewed product or service through a link on our website, SheKnows may receive an affiliate commission.

While Donald Trump was President of the United States unprecedented moments were reportedly happening behind closed doors that could have had global implications. That’s what a new afterword in author Michael Schmidt’s book, Donald Trump v. the United States, is alleging: Donald Trump tossed around the idea of using a nuclear weapon against North Korea and blaming it on another country. It’s shocking to even type out these words — it takes very little common sense to understand that this is a very bad idea.

The publication, which is coming out in paperback on Tuesday, focuses in on John Kelly’s time in the White House as Donald Trump’s chief of staff from July 2017 to January 2019. He had to deal with the former president’s challenges to the communist leader’s threats of military action. Donald Trump nicknamed Kim “Rocket Man” and had no problem casually throwing out that he was willing to “totally destroy North Korea” in September 2017.

Things continued to get worse, according to an excerpt obtained by NBC News, as Donald Trump escalated his threats via Twitter. “What scared Kelly even more than the tweets was the fact that behind closed doors in the Oval Office, Trump continued to talk as if he wanted to go to war. He cavalierly discussed the idea of using a nuclear weapon against North Korea, saying that if he took such an action, the administration could blame someone else for it to absolve itself of responsibility,” the excerpt reads.

Kelly reportedly responded, “It’d be tough to not have the finger pointed at us.”

It took bringing in military experts and explaining the balance of power, which requires congressional approval to launch a military attack on North Korea, for Donald Trump to understand how the executive branch worked. The former president was “baffled and annoyed” by the entire process and the mention of the loss of innocent lives apparently had “no impact” on him.

Buy: Donald Trump v. The United States: Inside the Struggle to Stop a President $20

If that didn’t scare senior aides, Donald Trump’s lack of discretion was also a major issue. He “would repeatedly talk on unclassified phones, with friends and confidants outside the government, about how he wanted to use military force against North Korea” even though the risk of North Korean intelligence finding out was high. It was Kelly who had “to remind Trump that he could not share classified information with his friends.”

Kelly eventually got the situation down from a boil to a simmer by dialing into Donald Trump’s “narcissism.” He told the former president that he would be seen as the “greatest salesman in the world” if he tried to form a “diplomatic relationship” with Kim instead of continuing an antagonistic war of words. It was that move that saved the United States from what could have been the start of a deadly global battle. 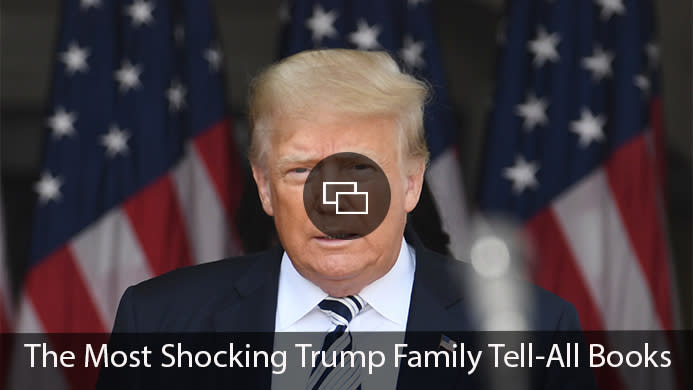