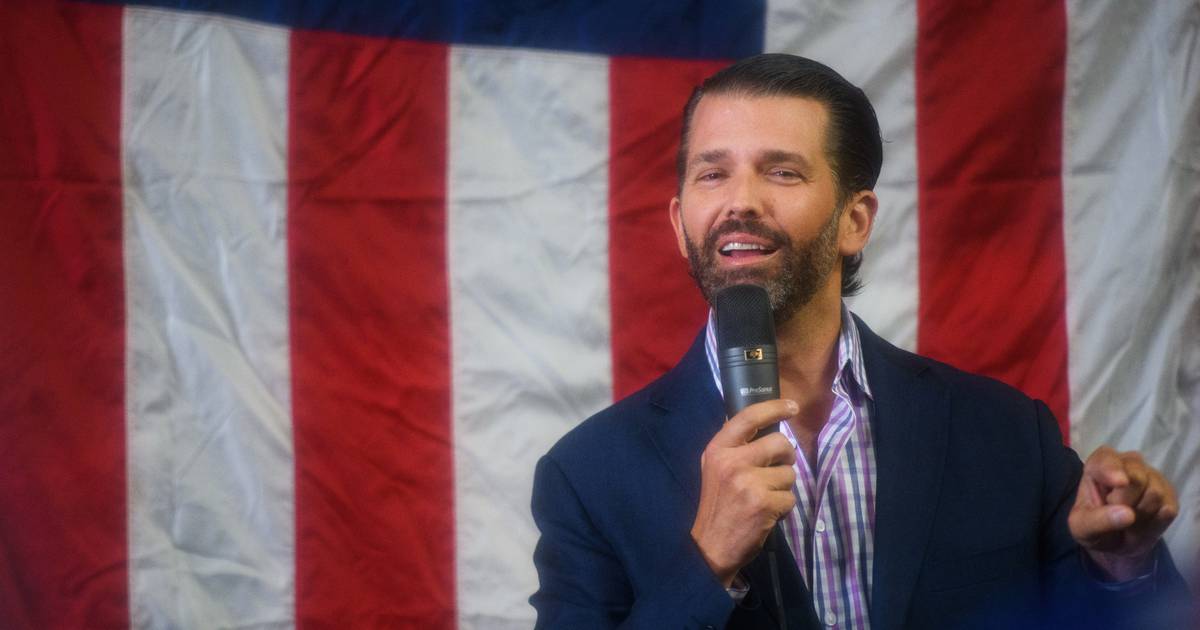 While most Republicans slammed the attack, Donald Trump Jr. mocked the 82-year-old husband of Pelosi for getting his skull broken by a crazed home invader, demanding to know, “Where is Nancy?”

“The internet remains undefeated,” as he retweeted a “Paul Pelosi Halloween Costume” featuring a photo of a hammer and a pair of underpants.

The internet remains undefeated… Also if you switch out the hammer for a red feather boa you could be Hunter Biden in an instant. https://t.co/lOYZ8SwiAZ

On Monday morning, Trump Jr. sarcastically tweeted “Ban all hammers….” in a retweet of a post urging “open carry” of hammers in San Francisco.

Elon Musk added to the disinformation echo chamber on Sunday by tweeting a link to a Santa Monica Observer article claiming Paul Pelosi was involved with a male sex worker, according to the Daily Beast.

“There is a tiny possibility there might be more to this story than meets the eye,” Musk wrote.

His tweet, which was taken down later Sunday, came in response to a statement by Hillary Clinton, who posted, “The Republican Party and its mouthpieces now regularly spread hate and deranged conspiracy theories. It is shocking, but not surprising, that violence is the result.”

The two men struggled over a hammer before officers responding to a 911 call to the home saw DePape strike Paul Pelosi at least once, police said. DePape was arrested on suspicion of attempted murder, elder abuse and burglary.

On Monday, the Department of Justice levied federal charges against DePape, including influencing, impeding, or retaliating against a federal official by threatening or injuring a family member. He also faces one count of attempted kidnapping of a United States official because of the performance of official duties.

Police tape is seen in front of the home of U.S. Speaker of the House Nancy Pelosi (D-CA) on October 28, 2022 in San Francisco, California. (Justin Sullivan/Getty Images)

Biden and other officials, Democrats and Republicans, condemned the attack on Paul Pelosi and said violence has no home in American politics.