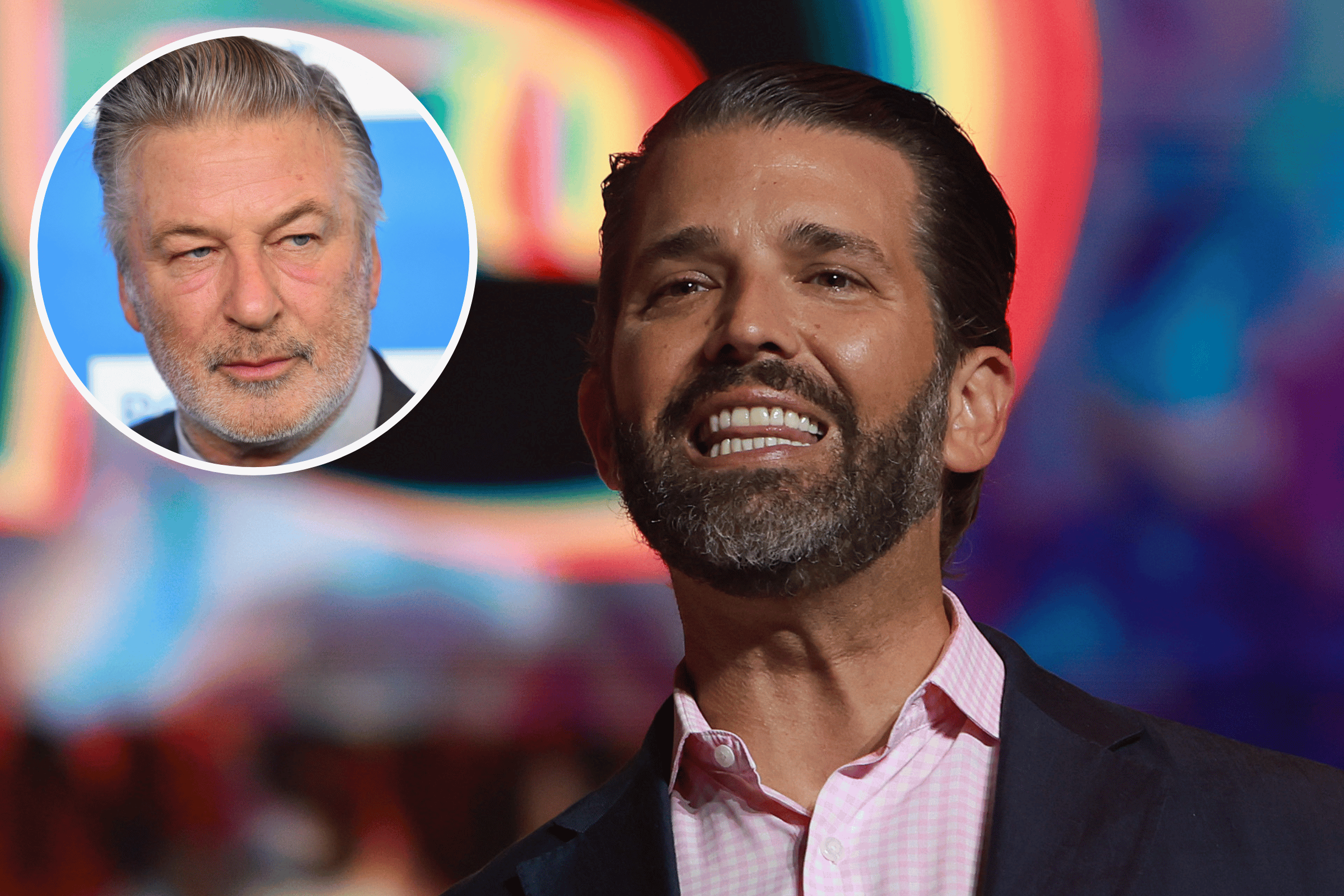 Donald Trump Jr. is showing no sympathy for Alec Baldwin after it was announced that the actor could face two charges of involuntary manslaughter.

The Santa Fe, New Mexico district attorney announced on Thursday that Baldwin could be charged for his involvement in the shooting death of cinematographer Halyna Hutchins on the set of the movie Rust in October 2021. Hutchins died after a loaded prop gun that Baldwin was handling went off while rehearsing a scene. Baldwin maintains his innocence.

Trump Jr. is a longtime critic of Baldwin, who portrayed his father, former President Donald Trump, on Saturday Night Live for the length of his presidency.

Trump’s eldest son brought up another adversary of his family when addressing Baldwin’s new legal troubles on Twitter, writing: “Maybe Alec Baldwin will be lucky enough to share a cell with Michael Avenatti.” 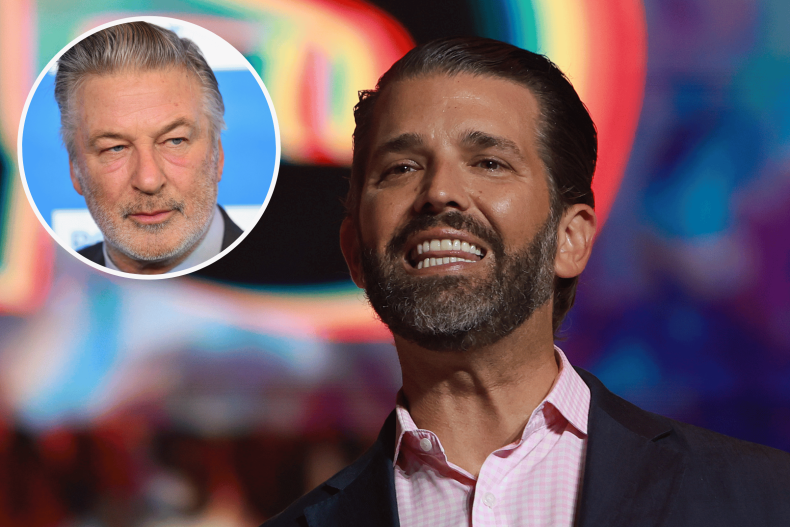 Above, Donald Trump Jr. speaks at the Turning Points USA Conference at Florida’s Tampa Convention Center on July 23, 2022. Trump Jr. mocked Alec Baldwin (inset) after news broke that Baldwin could be charged with involuntary manslaughter for the accidental shooting of cinematographer Halyna Hutchins on the set of the film “Rust.” Joe Raedle / Angela Weiss/Getty Images

Avenatti is an American lawyer who famously represented Stormy Daniels in her legal cases against Trump. In 2018, he worked on Daniels’ behalf to invalidate a 2016 non-disclosure agreement regarding her alleged affair with Trump, and he also represented Daniels’ in her defamation case against Trump. The latter case was dismissed and Daniels was ordered to pay Trump’s legal fees.

In July 2021, he was sentenced to 30 months in prison after being found guilty of attempted extortion of Nike. The following June, he was sentenced to a further four years in prison for defrauding and stealing from Daniels. He was also given a 14-year sentence after pleading guilty to wire fraud as well as obstruction against the IRS.

Maybe Alec Baldwin will be lucky enough to share a cell with Michael Avenatti.

The actor, who is also a producer on the film, maintains that he is not responsible for the shooting, as the prop gun should not have been loaded with real bullets. His lawyer, Luke Nikas, called the charges “a terrible miscarriage of justice” and said that they will “fight” the charges.

Salzano told Newsweek that generally, prosecutors do not file charges, especially in high-profile cases, unless they believe they have enough evidence to obtain a conviction.

“In order to avoid this outcome, Baldwin’s defense team will need to demonstrate that either the death was the result of some other party’s negligence and/or that Baldwin’s level of care was at all times reasonable under the circumstances, i.e. not negligent,” he said.

After Trump Jr. tweeted his take on the situation, many of his followers weighed in to criticize Baldwin too. Radio host Mike North replied, “He was in charge, pointed the gun ,and pulled trigger.” In separate tweets, North continued to slam Baldwin to his 107,000 followers.

Other Twitter users piled in on Trump Jr. to suggest his father should be the one in jail.

“And with you and your Daddy…” Westworld writer Gregory Zarian replied to Trump Jr. “PS someone died in an accidental shooting, wanna think about the husband & child when you say vile things!”

“A better ‘cellie’ would be your dad,” actor Donnie Keshawarz wrote. “Both men are responsible for deaths of Americans.”