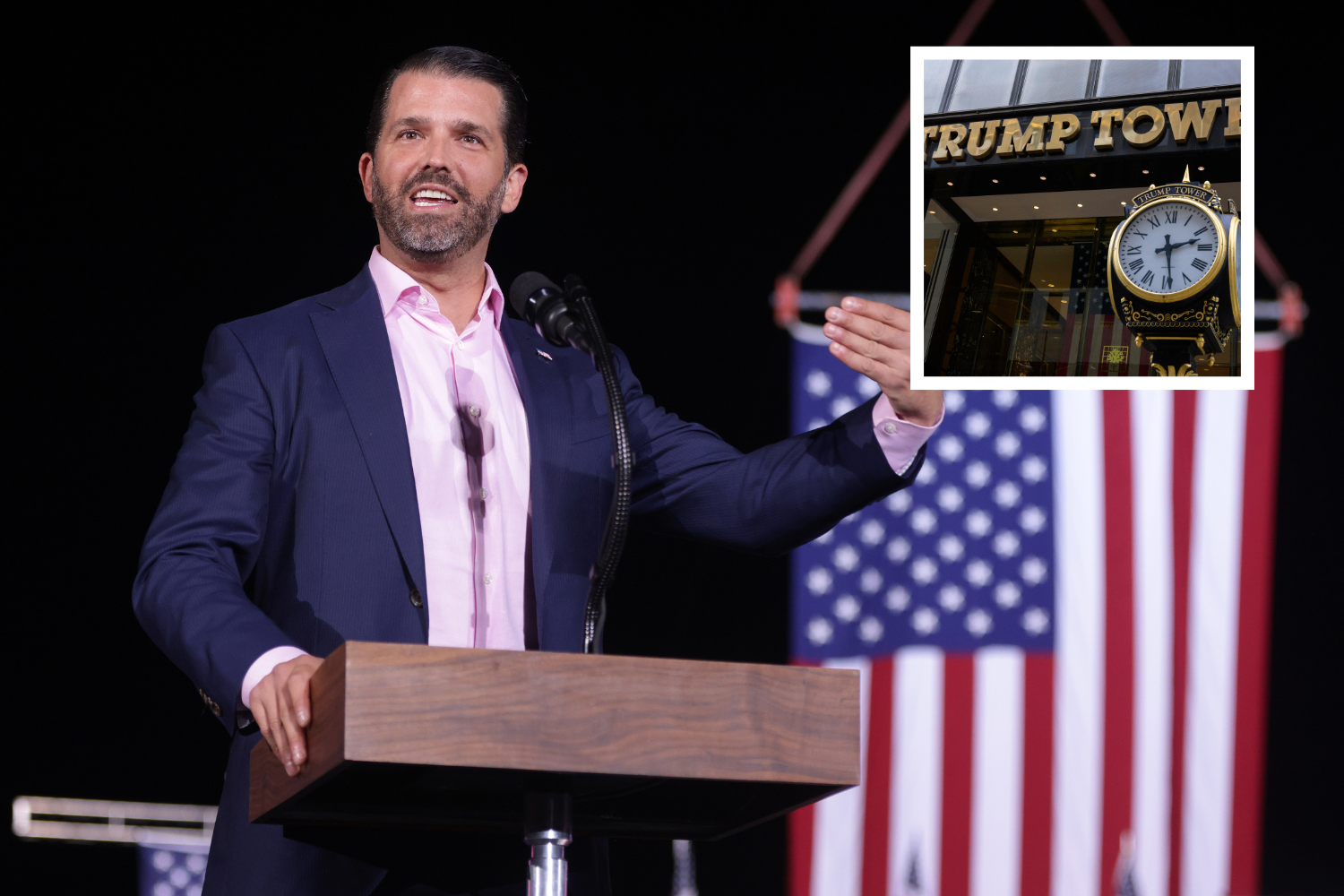 Donald Trump Jr. on Friday shared a post on social media that contained a joke about paying taxes hours after the Trump Organization was ordered to pay $1.6 million in fines for its conviction on felony tax fraud and other charges.

Trump Jr., the eldest son of former President Donald Trump and executive vice president of the Trump Organization, posted an image on Instagram that read: “Don’t forget to pay your taxes. Other countries are depending on it.”

Neither the former president nor his family were charged in connection to the investigation into the Trump Organization. Trump has also denied any knowledge of executives in his company evading taxes illegally. 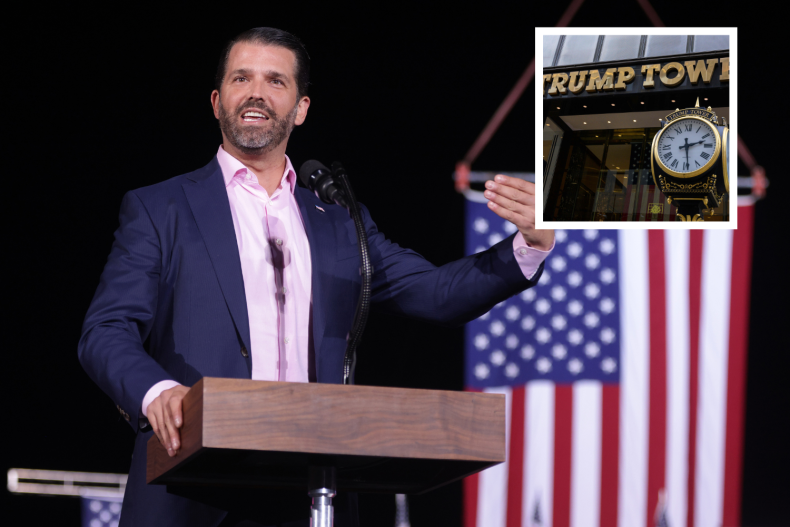 In the main image, Donald Trump Jr. is seen at a rally at Dalton Regional Airport on January 4, 2021, in Dalton, Georgia. The smaller picture shows Trump Tower on Fifth Avenue in Manhattan on August 24, 2018, in New York City. The Trump Organization was fined $1.6 million on Friday in connection to tax fraud convictions. Hours later, Trump Jr. posted a joke on social media about paying taxes. Photos by Alex Wong/Spencer Platt/Getty Images

Trump Jr.’s Instagram post was met with many positive messages in the comments section, though there were some who indicated they did not support his remarks.

“Ironic message coming from a Trump ~ I paid over $100k in Fed taxes the same year ya daddy paid 0 ~ you ain’t got no room to whine about where taxes are going because you don’t pay any junior,” wrote one person.

Trump himself addressed the verdict of the Trump Organization being found guilty on 17 counts in a December statement.

“This case was about Allen Weisselberg committing tax fraud on his personal tax returns, etc., with he and every witness repeatedly testifying that President Trump and the Trump Family knew nothing about his actions, which he admits were done solely for his own benefit, and with no benefit to the two companies,” the statement read in part.

“While corporations can’t serve jail time, this consequential conviction and sentencing serves as a reminder to corporations and executives that you cannot defraud tax authorities and get away with it,” Bragg said.