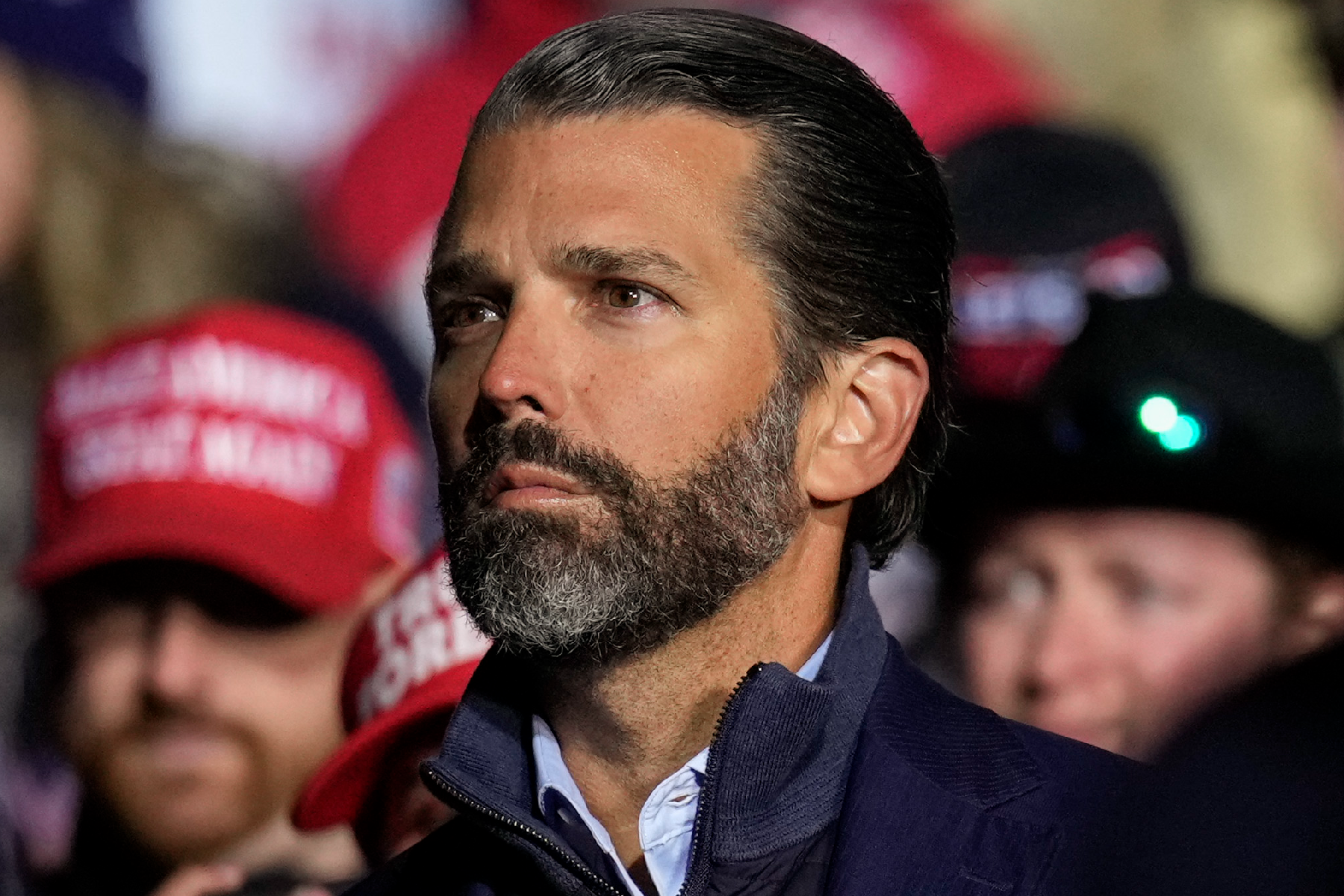 Donald Trump Jr. has taken aim at Transportation Secretary Pete Buttigieg in a viral video where he accused him of only getting the job because he is gay.

More than 6,000 flights had been delayed as of 10:48 a.m. ET, according to data from the flight tracking website FlightAware, with over 1,000 flights cancelled.

Speaking in a clip that has now been viewed more than 320,000 times, Donald Trump Jr. went on a frustrated rant about the incident. 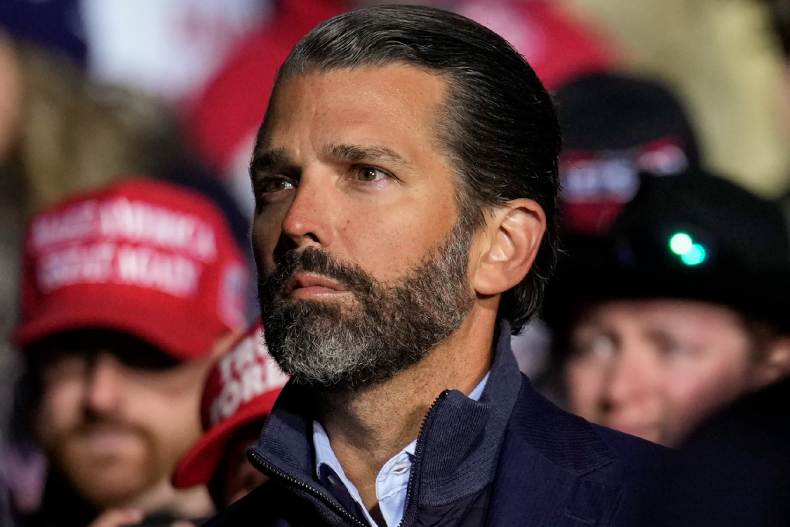 Donald Trump Jr. listens as former President Donald Trump speaks at a rally at the Dayton International Airport on November 7, 2022, in Vandalia, Ohio. Donald Trump Jr. has claimed Pete Buttigieg only got his job because he is gay. Getty

He said: “[This is] a blow to people who get really important jobs with no experience, to basically check off some identity politics boxes, folks. Mayor Pete, mayor of the small town, in Indiana—’he is a gay American, so he should just run for president. And we are going to get behind it.’ And guess what, when you don’t get that, if you get in line with the Democrat party, we will give you a major cabinet position—where it doesn’t really matter.”

The video then cut to a later point in Donald Trump Jr.’s speech, where he said: “It does not seem in the age of equity, remember not equality.

“Because equality means of opportunity, not of outcome. In the age of equity, there seems to be some scary stuff going on at the FAA.

“Guess what, when you are 36,000 feet in the air, maybe you just want a competent person there. Not someone who checked the box, like to me, Mayor Pete did.”

Junior claims the FAA computer failure was “a blow to people who get really important jobs with no experience” like Pete Buttigeig, who was only appointed because he is gay. pic.twitter.com/C6eVanC4BP

Other Republican figures have taken aim at Buttigieg following the grounding of the planes.

She wrote: Every plane in America is currently grounded due to a system error. Mayor Pete, bravo. This is what happens when you hire clueless liberals for jobs they aren’t qualified to do.”

He tweeted: “Pete Buttigieg couldn’t organize a one-car funeral—he’s not going to organize our ports, railroads, highways, and airports.”

Every plane in America is currently grounded due to a system error.

This is what happens when you hire clueless liberals for jobs they aren’t qualified to do.

Just before 9 a.m. ET on Wednesday, Buttigieg took to Twitter to update that the FAA’s NOTAM (notice to air missions) system had been restored.

He wrote: “FAA has determined that the safety system affected by the overnight outage is fully restored, and the nationwide ground stop will be lifted effective immediately. I have directed an after-action process to determine root causes and recommend next steps.”

In a follow-up tweet, Buttigieg addressed concerns about the fault potentially resulting from a cyber attack.

“At my direction, FAA is continuing its system review. Preliminary work has traced the issue to a damaged database file, with no evidence of a cyber attack.

“FAA will continue its work to further pinpoint the sources of this issue and steps to prevent it from occurring again.”