Eric Trump declares there is “no longer” a Republican party 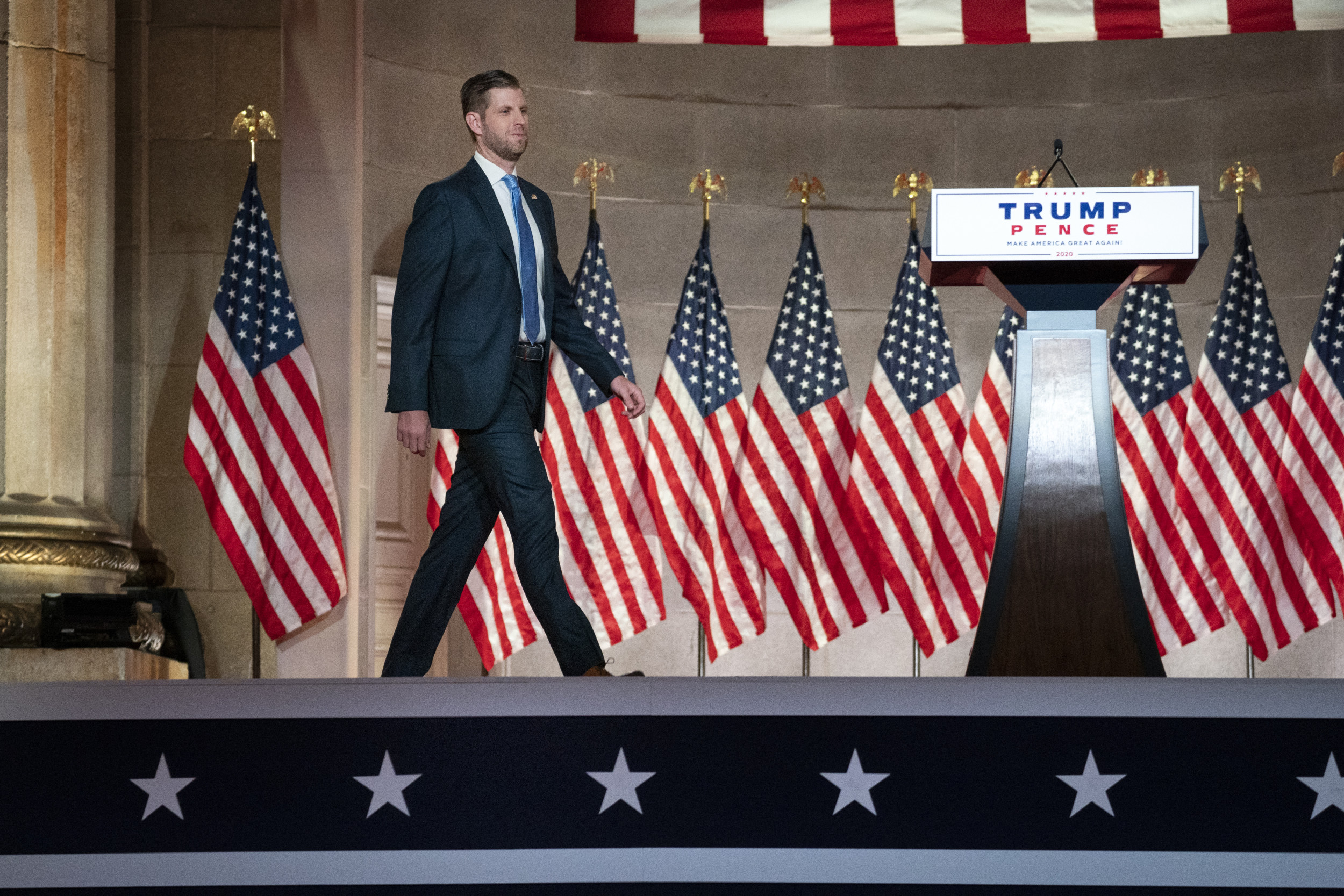 Eric Trump, son of former President Donald Trump, on Friday discussed how the GOP has been reshaped in his father’s image, and added that there is “no longer a Republican Party.”

The younger Trump made the claim during an appearance on conservative news channel, Newsmax. The clip of Eric Trump’s TV appearance was shared on Twitter by left-leaning pundit and former federal prosecutor, Ron Filipkowski, and has been viewed over 100,000 times as of Saturday afternoon.

The claim is not a new one for the younger Trump, who has made similar comments in past interviews while discussing the present and future state of the Republican Party. During another Newsmax appearance in August, he said the same thing while discussing Representative Liz Cheney’s primary defeat against Trump-endorsed GOP challenger, Harriet Hageman.

“There’s no question. I mean, it’s not even the Republican Party,” Eric Trump said at the time. “I’d say it’s actually the Trump party.”

During his appearance in August, the former president’s son also went into greater detail on his claim about the GOP, and said that his father’s endorsements have “brought in a whole new party.” Trump’s endorsements this year have led to primary wins 92 percent of the time, according to Ballotpedia. 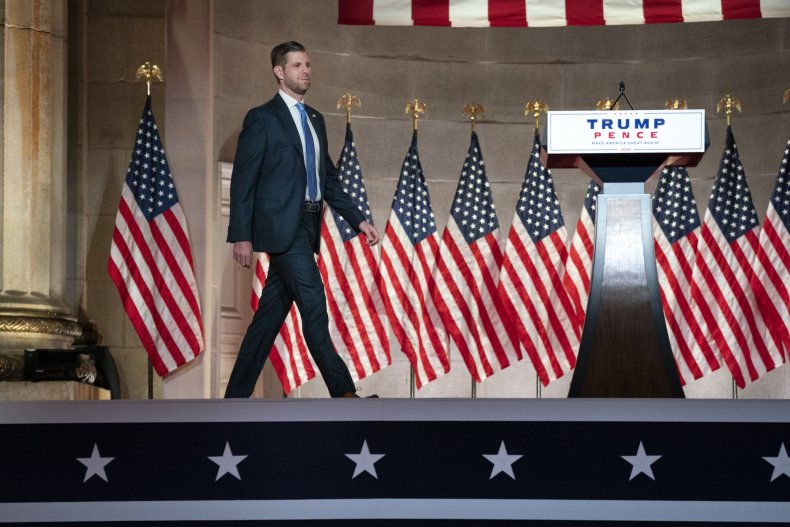 Above, Eric Trump is seen at a 2020 campaign event for his father. The younger Trump recently claimed that the GOP has been reshaped in the image of his father, former President Donald Trump. Getty Images/Drew Angerer

During his most recent appearance on Friday, Eric Trump also discussed the public hearings of the House select committee investigating last year’s Capitol riot, saying that “not a single person cares about” them.

Eric Trump: “Not a single person cares about the J6 hearings. The Republicans are absolutely going to steamroll the Democratic Party because they haven’t accomplished anything in 2 years. This is all coordinated, it’s all made up. It’s all a diversion, a distraction.” pic.twitter.com/GqnrzphB0c

“Not a single person cares about the J6 hearings,” he said. “The Republicans are absolutely going to steamroll the Democratic Party because they haven’t accomplished anything in two years. This is all coordinated, it’s all made up. It’s all a diversion, a distraction.”

Contrary to his claims, the select committee’s hearings have appeared to draw significant interest, with the eight televised hearings from the summer averaging 13.1 million viewers, with the first hearing drawing in around 20 million. A PBS poll from July also found that 50 percent of respondents agreed that Trump should face charges for his involvement in the January 6, 2021, riot. However, only 28 percent believed he will actually be prosecuted.

Newsweek reached out to Donald Trump’s press office and the Republican National Committee (RNC) for comment.

How Donald Trump Shifted Kids-Cancer Charity Money Into His Business