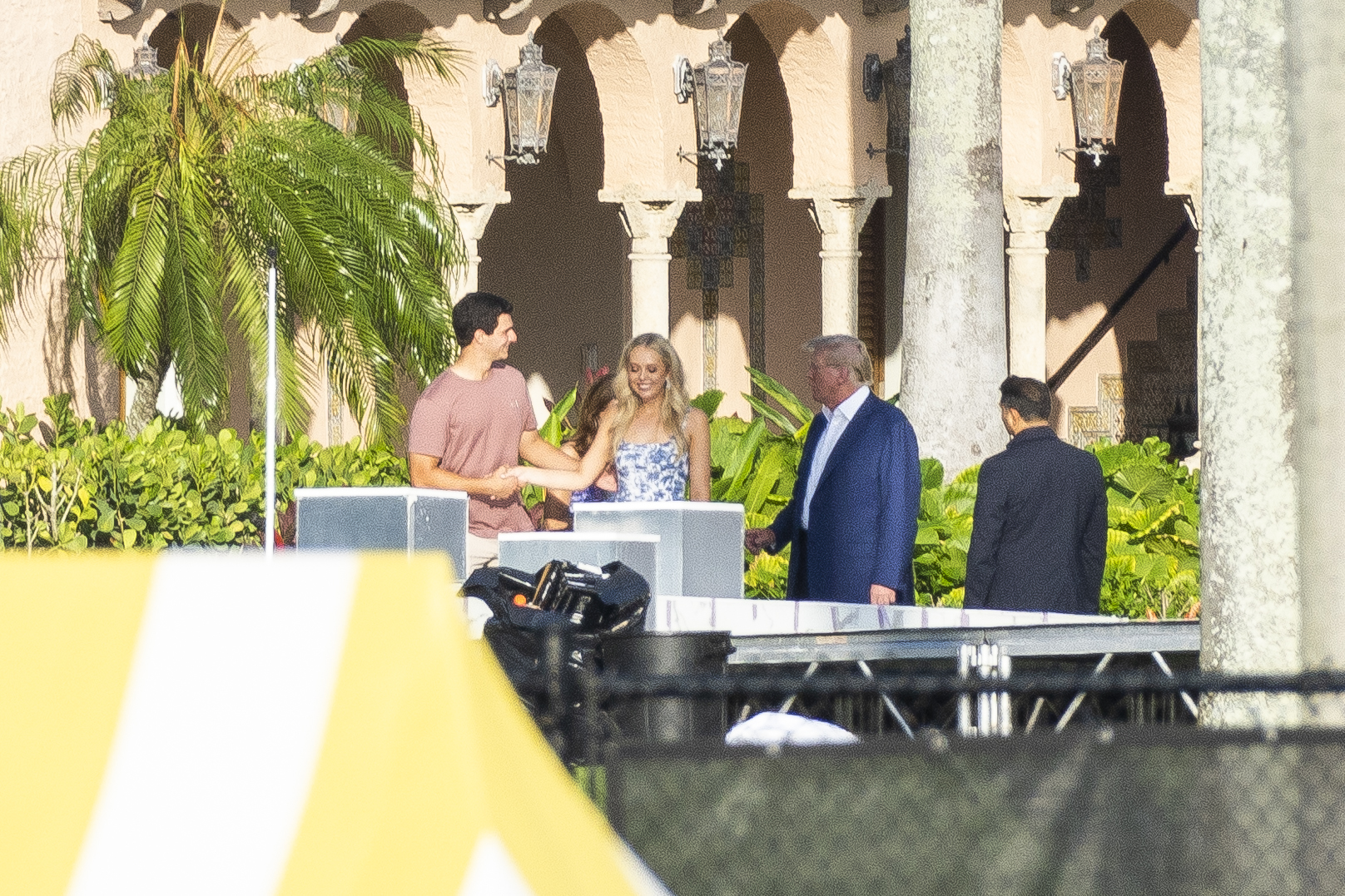 Former President Donald Trump’s youngest daughter Tiffany Trump tied the knot on Saturday night with Michael Boulos, the son of a wealthy Lebanese family, during a happy event that brought the Trump family together, including half-sister Ivanka Trump, whose wedding was also under the spotlight a little over a decade ago.

Pictures of Tiffany’s wedding show her father by her side as he smiled and embraced the happy occasion, despite his disappointment in the midterm elections results in which many of his endorsed GOP candidates lost. The former president is also a few days away from reportedly officially announcing a 2024 presidential bid.

Tiffany, who is the only adult Trump child not being sued for fraud by New York Attorney General Letitia James, dated Boulos for two-and-a-half years after meeting him on vacation in Mykonos, Greece, in 2018. The couple got engaged last year.

Boulos, who is 25 years old, comes from a rich family who own businesses in Nigeria, proposed to Tiffany at the White House Rose Garden and gave his now 29-year-old wife a $1.2 million diamond ring at the time, People reported last year. 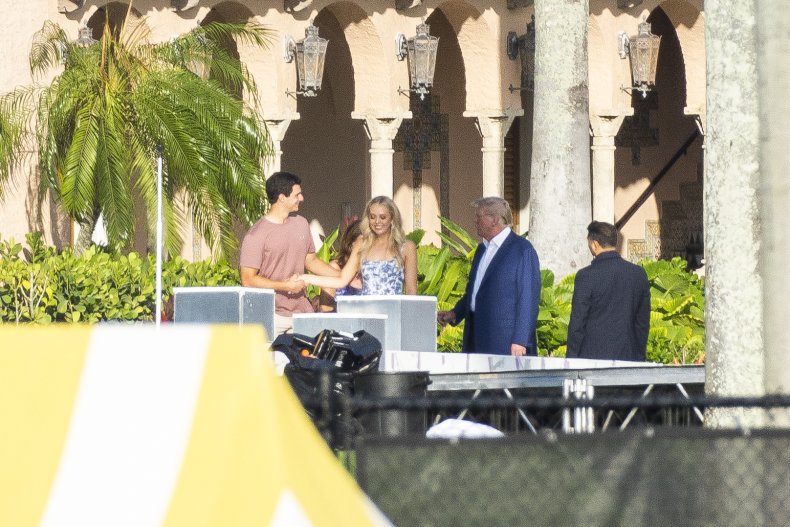 Above, Tiffany Trump is seen with Michael Boulos and Donald Trump the day before her Mar-a-Lago wedding on November 11 in Miami. Tiffany tied the knot on Saturday night with Boulos, the son of a wealthy Lebanese family, during a happy event that brought the Trump family together. Photo by MEGA/GC Images

Though Ivanka’s wedding received memorable attention in 2009 when she tied the knot with Jared Kushner, who later became the ex-president’s senior adviser, both weddings had different details that stood out. Here is how they compare.

Tiffany put on two different wedding dresses throughout her big night, starting off the night with a long-sleeved sequined and beaded gown, according to pictures published by the Daily Mail. The ex-president’s daughter also had diamond and pearl drop earrings on.

Meanwhile, her sister and maid of honor Ivanka, was dressed in a blue gown along with Tiffany’s bridesmaids Saturday night. Ivanka, Tiffany and Tiffany’s mother Marla Maples were all wearing dresses designed by Lebanese designer Elie Saab.

“I have always loved Elie Saab and it’s a Lebanese/American wedding so we are happy to have Elie create the magic,” Tiffany told the Daily Mail.

The bride wore a flowing white dress with a diamond necklace later on after changing from her gown during the evening.

Her half-sister was also keen to show off her diamonds at her own wedding with Kushner in 2009. Ivanka wore a custom-made Vera Wang gown and diamonds worth thousands of dollars at the time, according to People.

The diamonds were from her own Ivanka Trump Fine Jewelry Collection, including platinum-diamond hair piece worth $45,000 to accent her veil, diamond earrings worth $130,000, and a diamond bracelet worth $90,000.

Tiffany’s wedding took place at Mar-a-Lago in Palm Beach, Florida. The bride walked down the aisle towards a rhododendron festooned arch with pink, white, and blue flowers, according to the Daily Mail.

Guests and the Trump family had champagne near the pool at the estate before heading to a ballroom for the main reception. The wedding scape was created by Paris-based event designer Toni Breiss, while the newly married couple’s photographers were from DenisLEON&Co.

“We are focused on this sacred union and welcoming beloved friends and family, not on politics,” Maples told People, who added that the family chose Mar-a-Lago as the venue because “this was Tiffany’s childhood home and where she was brought into the world.”

Meanwhile, Ivanka, who was 27 years old when she got married, had a private Jewish ceremony at Trump National Golf Club in Bedminster, New Jersey, with the presence of 500 people, People reported at the time.

Ivanka’s event had ceremony tents and long narrow white tables as well as chandeliers that her father brought from his golf club in Washington, D.C., according to Page Six.

Both sisters had the same cakemaker create their wedding cakes. Tiffany’s cake was inspired by a 7-foot-tall Sylvia Weinstock wedding cake that her parents had at their wedding when she was a baby, according to People.

Meanwhile, Ivanka’s cake was 70 inches with around 13 layers of multiple flavors. “Each layer was ringed with flowers. We had lisianthus, roses, peonies, Lilies of the Valley, baby’s breath—all in the coloring of whites, creams, pinks ivory and flush tones,” Weinstock told People at the time.

The number of attendees at Tiffany’s wedding was not confirmed, but the Daily Mail reported that 250 guests were expected to attend.