Ivana Trump, the first wife of former President Donald Trump, was laid to rest in a New York City funeral on Wednesday afternoon.

The Mass took place at St. Vincent Ferrer Roman Catholic Church on Manhattan’s Upper East Side and Trump’s three children attended and spoke during the service.

The service was closed to the public.

Former President Trump was spotted waving to photographers and onlookers as he entered the church with his family on Wednesday afternoon.

In lieu of flowers, the Trump family requested that attendees make a donation to Big Dog Ranch Rescue, a charity focused on the wellbeing of animals and combating dog abandonment. 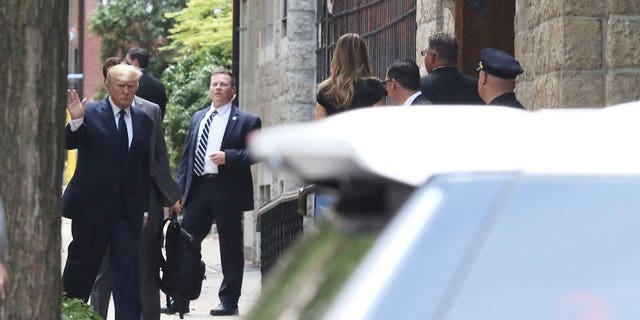 Ivana, a world-class Czechoslovakian skier and businesswoman, was found dead in her New York City apartment last week at the age of 73. She was found at the bottom of her staircase and a medical examiner determined the death to have been accidental.

Ivana and Donald met New York City and married in 1977, becoming an iconic power couple of the 1980s and a fixture in New York City. Ivana helped manage Trump real estate projects and even designed the interior of Trump Tower. 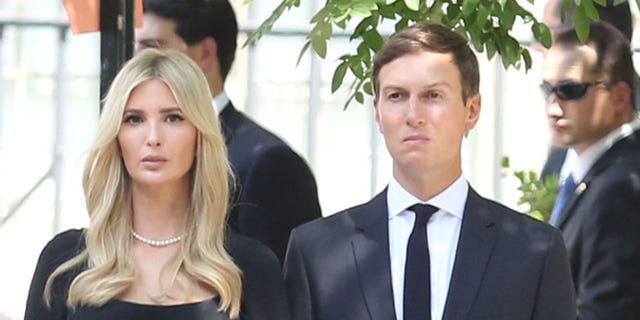 Ivana was known for her style and elegance throughout the 1980s, along with her accent and her signature beehive hairdo. She later appeared in the 1996 hit film “The First Wives Club” with the now-famous line, “Ladies, you have to be strong and independent, and remember, don’t get mad, get everything.” 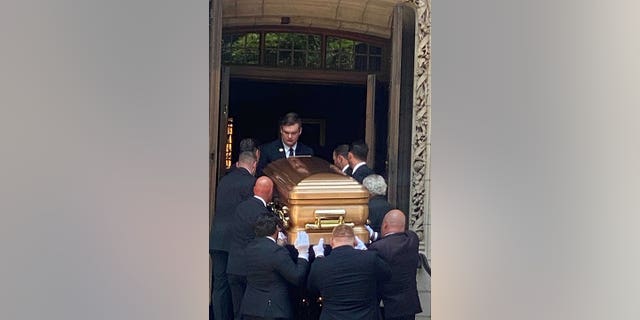 Ivana Trump’s casket is carried into the church during her funeral on July 20, 2022. (Brooke Singman/Fox News Digital)

“I am very saddened to inform all of those that loved her, of which there are many, that Ivana Trump has passed away at her home in New York City,” Donald posted on Truth Social last week. “She was a wonderful, beautiful, and amazing woman, who led a great and inspirational life. Her pride and joy were her three children, Donald Jr., Ivanka, and Eric. She was so proud of them, as we were all so proud of her. Rest In Peace, Ivana!”

IVANA TRUMP’S BOOKS INCLUDED THIS DEDICATION: ‘TO DONALD, THE KIDS’ FATHER AND MY DEAR FRIEND’ 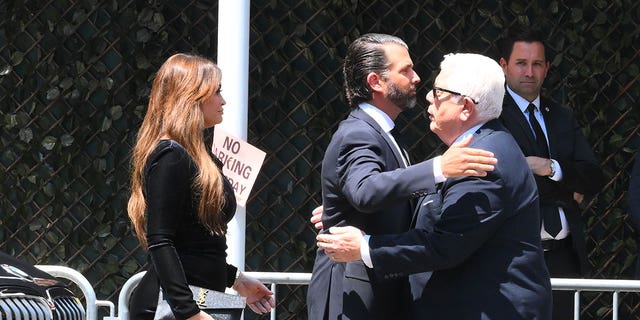 The Trump children paid tribute to their mother on social media as well including Donald and Ivana’s eldest child, Donald Trump, Jr.

“Mom, we will miss you incredibly,” Trump, Jr. wrote on Instagram. “Thanks for always pushing us hard, not letting us get away with anything, and instilling so many incredible values and personality traits.” 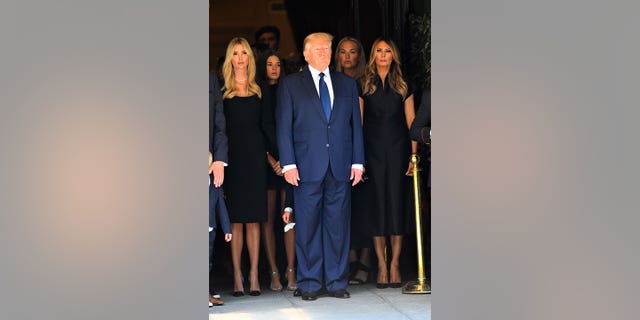 “From your sense of humor to your sense of adventure, I am who I am today because of you,” he added. “I love you very much. R.I.P.”

Andrew Mark Miller is a writer at Fox News. Find him on Twitter @andymarkmiller and email tips to AndrewMark.Miller@Fox.com.