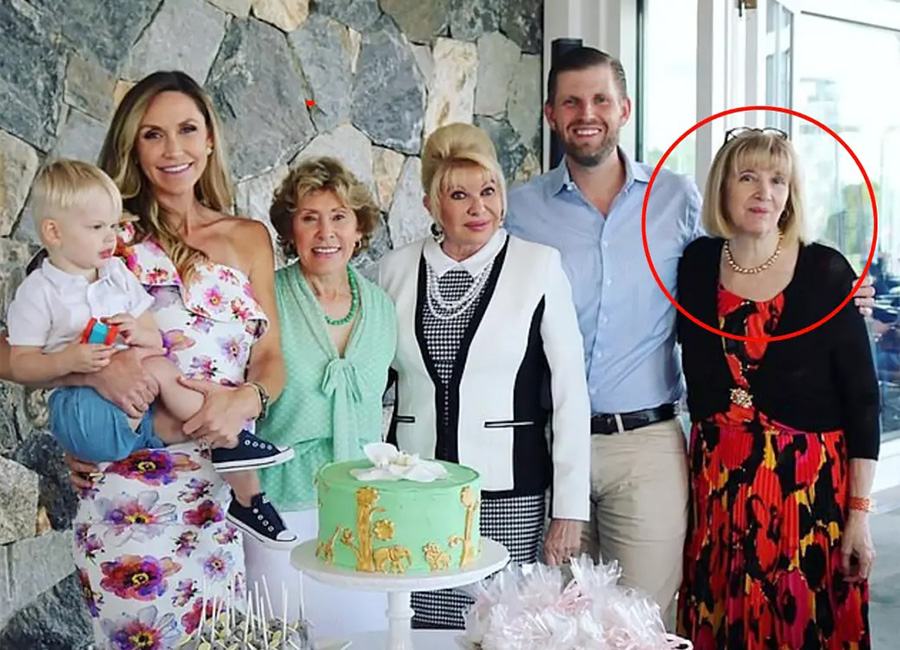 Ivana Trump, the first wife of ex-President Donald Trump, left her beloved dog and a $1.1m flat to her Irish assistant in her will.

The 73-year-old socialite, who died last July after falling down the stairs at her Manhattan townhouse, left an estate worth $34m.

While most of her money was left to her three children with Mr Trump – Donald Jr, Eric and Ivanka – she left her Florida condo and Yorkshire terrier to Dorothy Curry, her personal  assistant and former nanny to her children, who has worked for the Trump family for  three decades.

Mr Trump, meanwhile, was left nothing. Ms. Curry, who is originally from Belturbet, Co. Cavan, was photographed clutching the dog, named Tiger Trump, just hours after Ivana was found dead at the bottom of a spiral staircase.

The Coroner later ruled she died as a result of injuries sustained in the fall.

Ivana left her vast designer wardrobe to charities, including the American Red Cross, and ordered that her fur and jewellery collection be auctioned off, with the proceeds going to her children. Her New York townhouse was listed for sale for $26.5m.

Ms Curry, whose address is listed on the probate documents as a middle-class apartment building in Queens, received a Florida condo that online real estate services estimate is worth more than $1.1m. 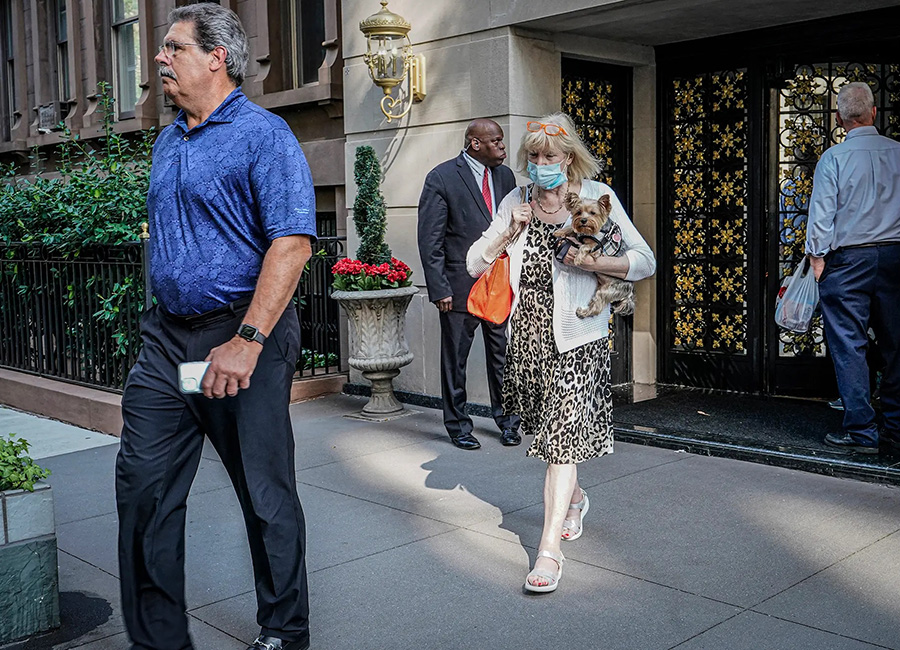 The Irishwoman worked for the Trump family for more than 30 years and played a key role raising the former US President’s children, sons Donald Trump Jr, Eric Trump and  daughter Ivanka.

The tycoon’s children enjoyed several visits to Ireland as teenagers and have publicly spoken affectionately about their Irish nanny.

During a trip here in 2014, Donald Trump Jr said: ‘There’s not a direct lineage tie but in our hearts there certainly is.

‘The woman who raised us was Irish. Dorothy Curry from Co. Cavan. We spent a lot of time here growing up and she’s an amazing woman.’ And Eric added that she continued to be an integral part of the Trump family even after the children grew up and moved out. 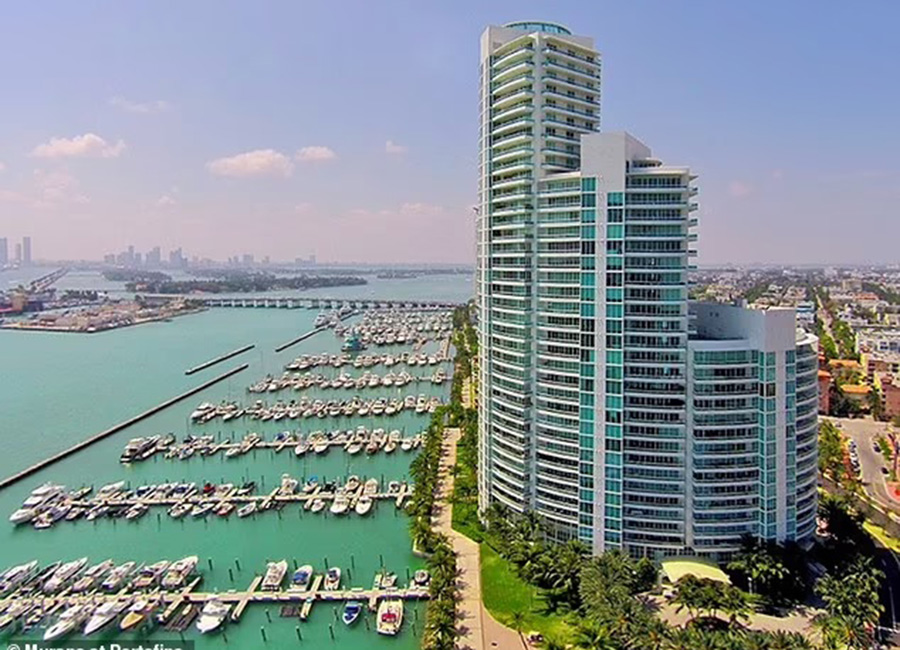 ‘When she stopped raising us and we were out of the house, she continued on and has worked in our family for over 30 years,’ he said. ‘We heard more about Ireland than any other country growing up.’

Such was Ms Curry’s closeness to Ivana, she was even one of the few people to give an eulogy at her funeral last July.

She spoke about her experience as Ivana’s friend during the later years of her life. According to a report in The New York Times, she spoke cryptically about ‘the spring and summer of her life, after which followed an autumn and ‘inevitable winter’ of ‘roses dying’ as her former employer’s field of dreams became a ‘sinking swamp’ of ‘parasites’ who had kept her ‘afloat’ with ‘illicit dreams and schemes’.

The carer’s siblings, brother Bartley Curry and sister Regina O’Connell, who both lived in Belturbet, were reluctant to talk to the media when previously approached about their sister’s Trump connections. 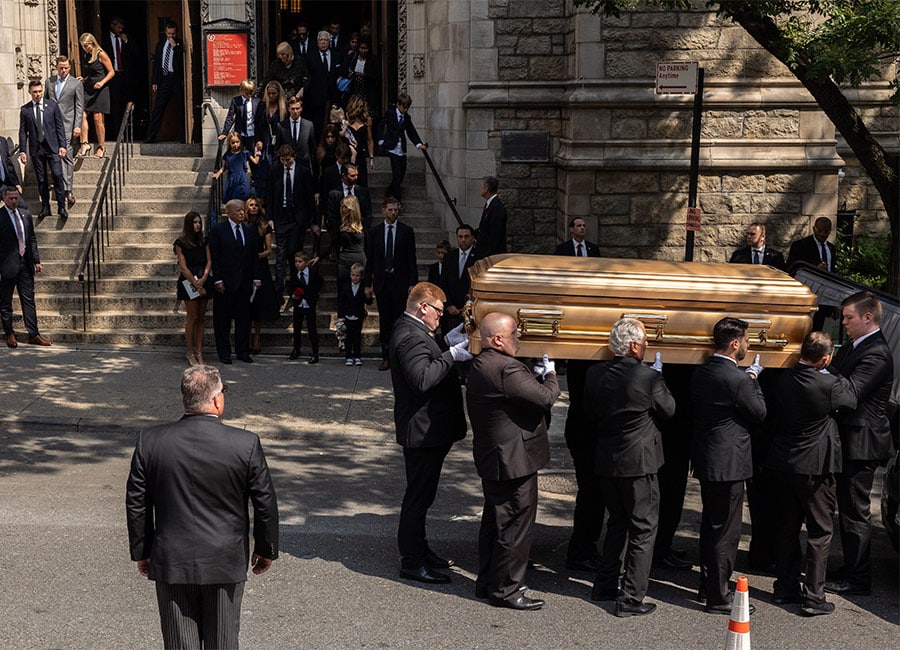 donald and melania trump look on as ivana trump’s remains are removed from church Pic:Getty Images

Pub manager John Maguire, from The Yukon Bar in Belturbet, has previously told how the nanny’s employment was ‘all anybody talks about around here the last while’ when the story first attracted publicity. ‘This woman is working with such a big shot in America, people would be delighted with that link,’ he said in a 2016 interview.

‘I wouldn’t remember the Trump kids visiting here but many do. They were always such a close-knit family.’

And the Trumps’ Irish connection doesn’t end with Ms Curry.