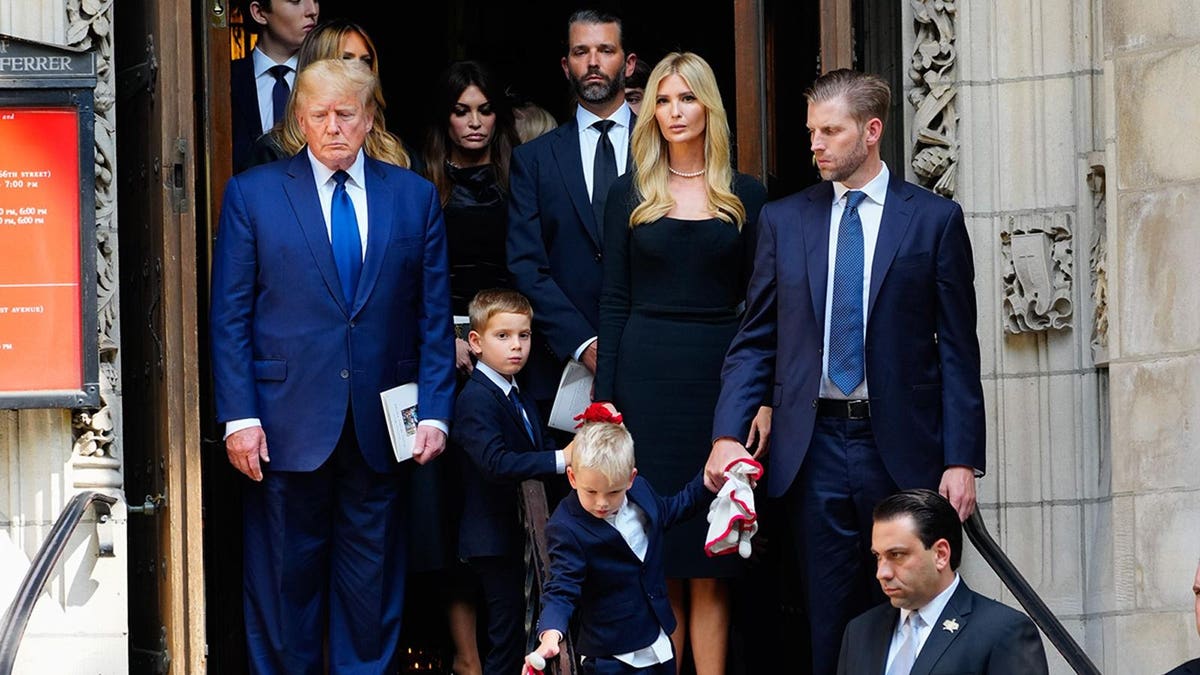 A Manhattan townhouse, a Miami Beach condo, some French property and her dog Tiger Trump are among the items to be split between Ivana Trump’s kids, a former nanny and a mysterious friend.

Ivana Trump left behind $34 million of assets when she died in July, according to previously unreported probate documents. Her will specified that most of that should be split between her three children, Don Jr., Ivanka and Eric Trump. She also left two properties for friends, and tried to leave another for an ex-husband, Rossano Rubicondi, but he passed away before she did. Donald Trump, Ivana’s wealthier ex-husband, got nothing.

The most prominent asset in Ivana’s estate is a New York City townhouse, located a half block from Central Park. Her heirs are currently trying to sell it, asking $26.5 million. It’s unclear whether they will get that much. Regardless of the final price, the proceeds will be split evenly between Don Jr., Ivanka and Eric, according to their mother’s will.

It will not be an insignificant sum for these younger Trumps, whose father has been willing to lend them money but hesitant to hand over major pieces of his $3.2 billion empire. In 2019, Forbes estimated that Don Jr. and Eric were worth about $25 million apiece, while Ivanka was worth more like $375 million, having started her own fashion brand and married into another rich family. Since 2019, the three children have ditched their 7.5% stakes in the Trump International Hotel in Washington, D.C., part of a massive sale that allowed each of them to cash out more than $10 million apiece, according to Forbes estimates.

The biggest beneficiary outside of the Trump kids might be Dorothy Curry, who worked for the Trumps for decades. She started as a nanny, “with a sparkle in her eye and plenty of nervous energy,” Ivana wrote in her book “Raising Trump.” A religious woman, Curry knelt by the bedsides of the Trump kids every night, teaching them prayers that their mother did not know in English. “I can’t say that religion plays a large role in my life now,” Ivana wrote in her 2017 book, “but I’m glad the children grew up talking to God.” The onetime nanny later became Ivana’s assistant and remained close to the family for years.

Curry, whose address is listed on the probate documents as a middle-class apartment building in Queens, received a Florida condo that online real estate services estimate is worth more than $1 million. The will also specifies that Curry should receive Ivana’s Yorkshire terrier, named Tiger Trump. Ivana’s generosity reflects the fact that Curry essentially became a part of the Trump family over the years. “Dorothy is my second mother,” Eric Trump explained in his mother’s book, recalling time spent in her native Ireland. “She’s raised me since I was a baby, and we are incredibly close—inseparable. I love her immensely.”

Ivana celebrates at a party with her dog on Oct. 18, 2011 at her townhouse in New York City.

Eric Trump is responsible for managing the estate and its dissolution, after his mother named him to be her personal representative. The will specifies that, if he were not able to perform the duties, the responsibility would pass to Ivana’s accountant.

The estate also includes some overseas property. Ivana intended to leave a place in St. Tropez, France for Rossano Rubiconi, her ex-husband. But that bequest lapsed after Rubicondi died, reportedly in 2021. Ivana gave another St. Tropez property to her friend, Evelyne Galet. It’s not clear how Ivana knew Galet, or who she is exactly, and representatives for the Trump Organization did not respond to a list of questions.

Ivana left some for charity, too. All her clothes, she said, should be given to the American Red Cross and the Salvation Army. She made one exception, directing her furs to be sold, with the proceeds going to her three children.

The records outlining all of this are on file in Miami-Dade County, Florida. Ivana spent time in Miami in the winter, St. Tropez in the summer and New York City in the fall and spring. But she claimed Florida, a state with no income tax, as her official residence. Donald Trump and their three children also now live in the Sunshine State.

Ivana’s assets are large enough that the Trumps have to file a federal estate tax return. The Internal Revenue Service allows anyone to pass down $12 million tax-free, but the government takes up to 40% of everything on top of that. Assuming Ivana’s assets add up to $34 million, the estate taxes could total as much as $8.7 million. In her will, Ivana specified that her assets should be used to cover those taxes.