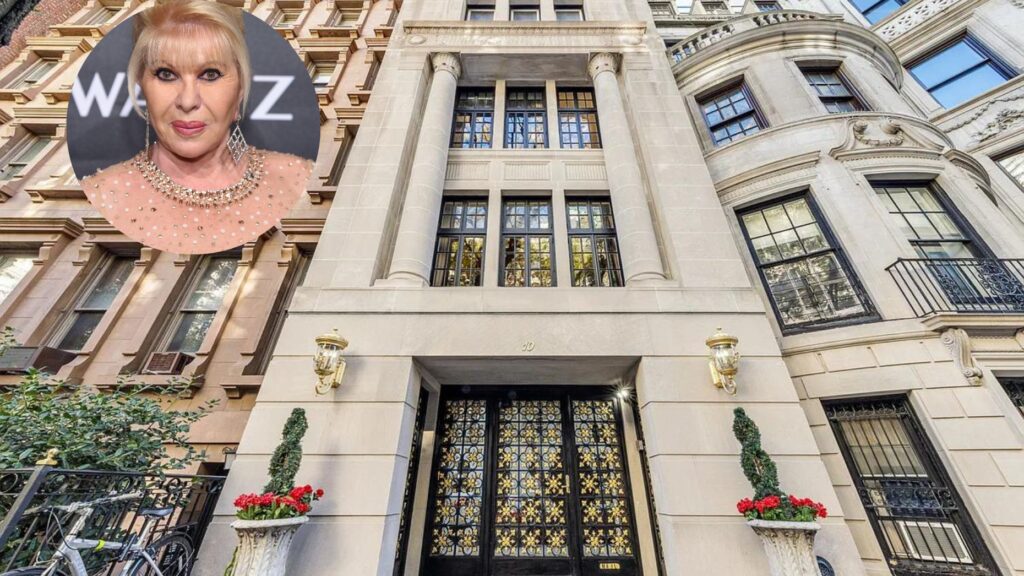 The former wife of the 45th president purchased the 5-bedroom, 5-and-a-half-bathroom compound in 1992 for $2.5M after her divorce from Donald Trump was finalized.

New markets require new approaches and tactics. More than 250 experts and industry leaders will take the stage at Inman Connect New York in January to help you navigate the market shift — and prepare for success in 2023. Register today and get a special offer $1099 ticket price.

The Manhattan townhouse of Ivana Trump has hit the market following the 73-year-old businesswomen’s death in July, according to a report.

Ivana Trump, the ex-wife of former President Donald Trump — who announced on Tuesday that he would again seek the presidency in 2024 — purchased the five-bedroom, five-and-a-half-bathroom compound in 1992 for $2.5 million (some $5.4 million in 2022) — after her divorce from Donald Trump was finalized.

“My mom absolutely loved that house,” her son Eric Trump told the Journal.

Proceeds of the sale of the house are set to go to Ivana Trump’s three children: Eric Trump, Donald Trump Jr. and Ivanka Trump.

The interior of the 8,725-square-foot house embodies much of the Trump family’s brand with maximalist decor and gold plating throughout — including a library covered floor to ceiling with animal print.

Other highlights include a pink fixture-filled bathroom, a Versailles-inspired dining room with gold-tone wall coverings, a grand curved staircase, ornate gold moldings and a wood-burning fireplace.

“It was the last possession in the world she would ever have gotten rid of,” Eric Trump said of the ornate house.

While the house is full of amenities, it features two smaller galley kitchens instead of a full one, according to the Journal. Ivana Trump admitted to cooking less in her later years.

The 1879-built townhouse also features a living room decorated in shades of red and emerald with a gold fabric ceiling that holds a chandelier.

Ivana Trump described that room as “how Louis XVI would have lived if he had had money” in her 2017 book, Raising Trump.

The Czech businesswoman and one-time head of interior design at the Trump Organization described her style as “luxurious” and “whimsical” in the book, the Journal noted.

After her children had moved out, Ivana Trump converted Don Jr.’s former room into a gym and would wave to her neighbor across the street, fashion icon Donatella Versace, while she used the treadmill, Eric Trump told the Journal.

“They loved each other,” he said.

The listing is co-held by Adam Modlin of Modlin Group and Roger Erickson of Douglas Elliman.

Get Inman’s Luxury Lens Newsletter delivered right to your inbox. A weekly deep dive into the biggest news in the world of high-end real estate delivered every Friday. Click here to subscribe.