Ivana Trump’s will directs Eric Trump to sell all of 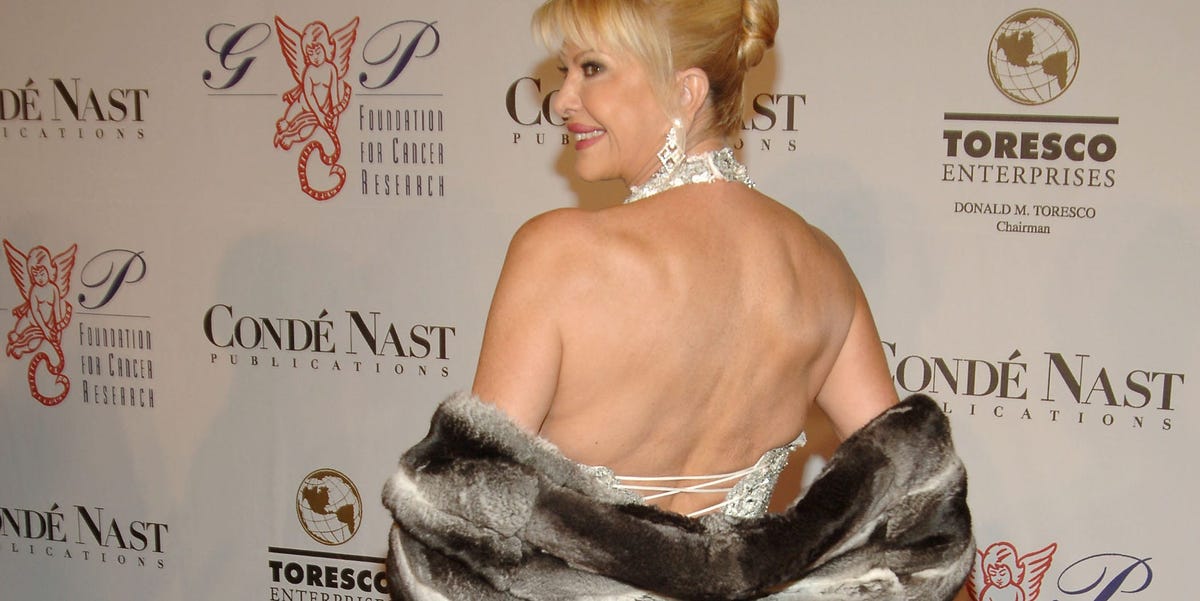 Ivana Trump’s will directed Eric, her son with former president Donald Trump, to sell all her furs and donate the rest of her elaborate wardrobe to charity.

Ivana Trump — a Czech-American former model, businesswoman, and ex-wife of Donald Trump — died in July 2022 at 73.

According to recently released probate documents, Ivana divided her $34 million estate between her children, friends, and even her children’s nanny.

Donald Trump didn’t get anything in the will, Insider previously reported.

In her will, Ivana said that after selling “all of her furs,” she wanted Eric to divide the proceeds between himself and his two siblings, Ivanka and Donald Jr.

She bequeathed the rest of her clothing to The American Red Cross and The Salvation Army.

The total value of Ivana’s furs is not known, but she was known for her love of the flashy accessory.

Her longtime friend and furrier Dennis Basso spoke to the New York Times shortly after her death in July about Ivana’s affection for furs.

Basso told the New York Times he met Ivana at his debut fashion show in New York City in 1983. The day after the show, Ivana came to his showroom and ordered seven fur pieces, according to the Times.

Aside from her extravagant fur collection, Trump’s will also details who inherited the rest of her possessions and properties. She left her beloved Yorkshire terrier Tiger and her Florida condo — valued by Redfin at $1,148,407 — to her friend and the former nanny of her children, Dorothy Curry.

She gave the rest of her multi-million dollar real estate portfolio — including her Upper East Side townhome, a property in France, and a property in the Czech Republic — to her children.

The execution of Ivana Trump’s final wishes was finalized at the end of last year, according to probate records in Miami-Dade County, Florida, where she held her permanent residence.