Ivanka reveals why she snubbed Trump’s 2024 campaign: ‘I love my father very much’ 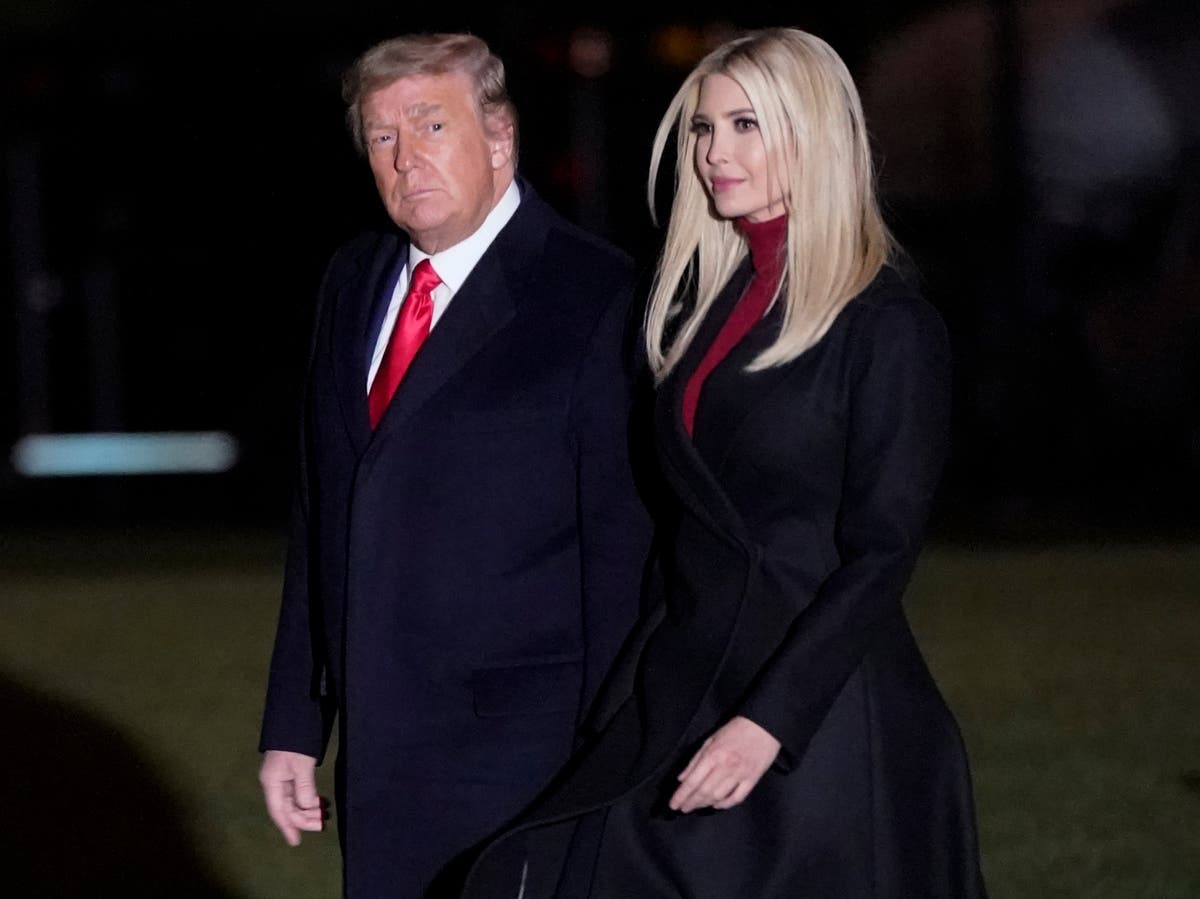 Get our free Inside Washington email

After former president Donald Trump announced his candidacy for the 2024 elections, his daughter Ivanka said she planned to support her father “outside the political arena”.

Ms Trump, who skipped her father’s announcement, said in a statement to Fox News: “I love my father very much. This time around, I am choosing to prioritize my young children and the private life we are creating as a family. I do not plan to be involved in politics.

“While I will always love and support my father, going forward I will do so outside the political arena. I am grateful to have had the honor of serving the American people and will always be proud of many of our administration’s accomplishments.”

On Tuesday, none of the former president’s children attended his announcement of a third bid for the presidency.

Ms Trump said that while she is stepping away from politics, it does not change her relationship with her father.

“That hasn’t changed and will never change,” she was quoted as saying.

“I’ve had many roles over the years but that of daughter is one of the most elemental and consequential. I am loving this time with my kids, loving life in Miami and the freedom and privacy with having returned to the private sector. This has been one of the greatest times of my life.”

Ms Trump served as an adviser to the White House during the Trump administration and now lives in Miami.

“My kids are thriving, and I want to maintain this cadence — this rhythm — at this point in our family’s life,” she said, adding “time is fleeting, and every parent will tell you it really does go by so quickly.”

Mr Trump’s announcement comes after weeks of speculation over when he would formally declare himself a candidate for the presidency, having won the race in 2016 before losing to Joe Biden four years later.

He is the subject of three separate criminal probes into his conduct.

“In order to make America great and glorious again I am tonight announcing my candidacy for president of the United States,” the former president said.