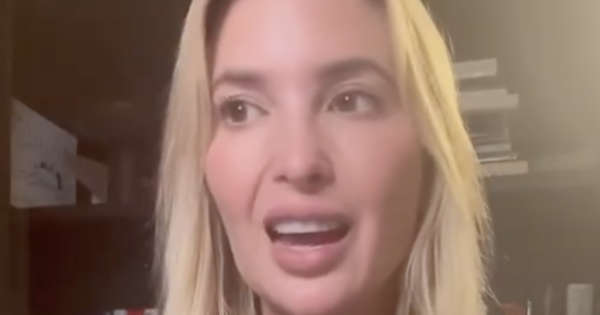 Rumors that former first daughter Ivanka Trump and her husband Jared Kushner are headed for a breakup have been swirling some time now.

© Provided by Queerty Ivanka Trump wearing a red dress with Jared Kushner, in a tuxedo, standing behind her.

We don’t know whether they are true or not, but in an apparent attempt to quell the online chatter, Ivanka posted a photo of the “happy” couple on a date night at Call Me Gaby, a popular Italian eatery in Miami Beach, where they’ve been living with their three children since leaving Washington, D.C. in 2021.

Nothing says “We’re happy! We swear!” like an Instagram photo featuring two people with empty-looking eyes and frozen smiles on their faces staring into a camera along with a caption of two black hearts.

A black heart has a completely different meaning from a red heart. A black heart is often associated with death, evil, or being emotionally cold (without compassion, feeling or love). Generally, however, this emoji takes the form of a red heart.

Of course, we could be reading too much into this. However, the photo was dropped on Ivanka’s Instagram page exactly one week after she neglected to wish her husband a happy birthday on social media, which is something she’s always done in the past, then reportedly threw a party with her friends the very next day, where he was noticeably not in attendance.

She’s also been spotted several times walking around town without her wedding ring. Last month, a source told Radar the couple’s relationship had grown “toxic” and they could hardly stand one another. “It’s all falling apart,” the person said. “They’re always fighting and can barely contain their growing animosity for each other even when they appear in public.”

Page Six also published a report that said they appeared “cold” toward one another at a yacht party in Miami, acting less like spouses and more like “acquaintances” as they mingled around the room.

“I never saw them interact,” a person who claimed to be at the event said. “They stood in the same group, but almost as acquaintances. As they moseyed around the party, they kept their distance [from each other] — never too close; never too far apart.”

In other Ivanka and Jared news, according to Mike Pompeo’s forthcoming memoir Never Give an Inch: Fighting for the America I Love, the couple plotted with Nikki Haley to try and oust Mike Pence and install her as vice president.

In the book, Pompeo claims Haley, who served as Donald Trump’s ambassador to the United Nations and is rumored to be considering a 2024 run for the White House, met with Ivanka, Jared, and Trump in the Oval Office. The meeting happened behind Trump’s then chief of staff John Kelly’s back, who wasn’t pleased when he learned about it after the fact.

“As best Kelly could tell they were presenting a possible ‘Haley for vice-president’ option,’” Pompeo alleges. “I can’t confirm this, but [Kelly] was certain he had been played, and he was not happy about it.”

In 2019, Trump denied rumors that he was going to replace Pence with Haley as his running mate in the 2020 election. He ultimately chose to keep Pence on the ticket and then sent an angry mob to kill him at the U.S. Capitol on January 6, 2021.