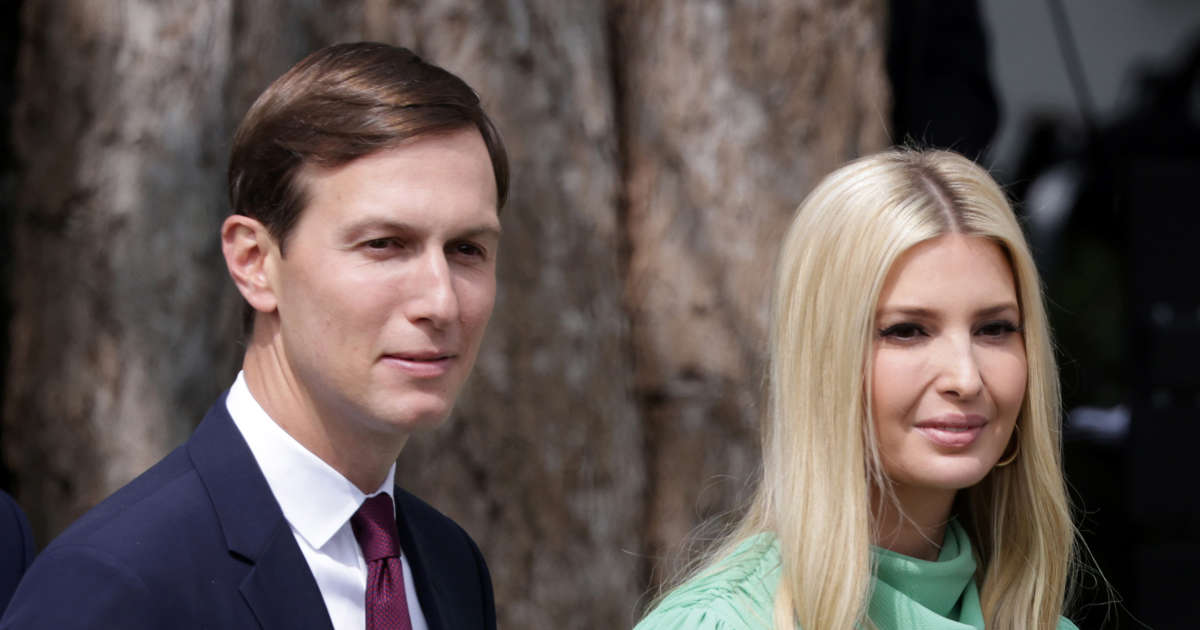 Ivanka Trump, the daughter of former US President Donald Trump and her husband Jared Kushner are going down a rocky road where their marriage is concerned.

The couple who have been married for 13 years appear to be quarrelling all the time according to sources.

Teacher admits to sexual abuse of minor inside a closet

“It’s all falling apart. They’re always fighting and can barely contain their growing animosity toward each other even when they appear in public. It’s a toxic situation right now,” said the source.

The couple apparently started arguing when Donald Trump lost the elections in 2020.

“Jared recognized Donald had become radioactive, and he pushed Ivanka to abandon her father for the sake of their reputations and the future of their children. They still have grand ambitions and consider themselves card-carrying power brokers. But Jared knew if Ivanka continued to stand by her dad, all of his big business connections would go out the window!

“Ivanka had a rotten time toward the end of her dad’s reign and in many months that followed as the whole family was put through the wringer by the messy way it all ended. She saw firsthand how vicious and toxic the backbiting was and still is, and by the time came for her to step away she couldn’t do so fast enough,” said the source in an OK! Magazine report.

The rumours started when they were attending a party on a yacht in Miami, Florida in early December, they appeared distant and cold towards each other.

“I never saw them interact. They stood in the same group, but almost as acquaintances. As they moseyed around the party, they kept their distance,” said one observer.

How did the Batang Kali, Genting tragedy happen?

The couple also moved out of their high end condo in Miami and will list the oceanfront property next year. They apparently couldn’t assimilate to the neighborhood and culture around them and were known as the neighbors from hell by the community for flouting simple laws like bringing their dog to a dog-free beach.

They also apparently irritated the community by grabbing more than their allotted number of pumpkins at some Halloween event in the area last year.

The couple have lived in the seven bedroom, 7,000 square foot luxury condo unit since leaving Washington D.C at the end of Donald Trump’s White House tenure in January 2021. The condo which is located in South Florida’s Arte building will be listed for a cool $18.8 million.

The post Ivanka Trump and Jared Kushner maybe heading for a divorce, marriage reputed to be falling apart appeared first on The Independent News.