Ivanka Trump and Jared Kushner relationship: How it became toxic 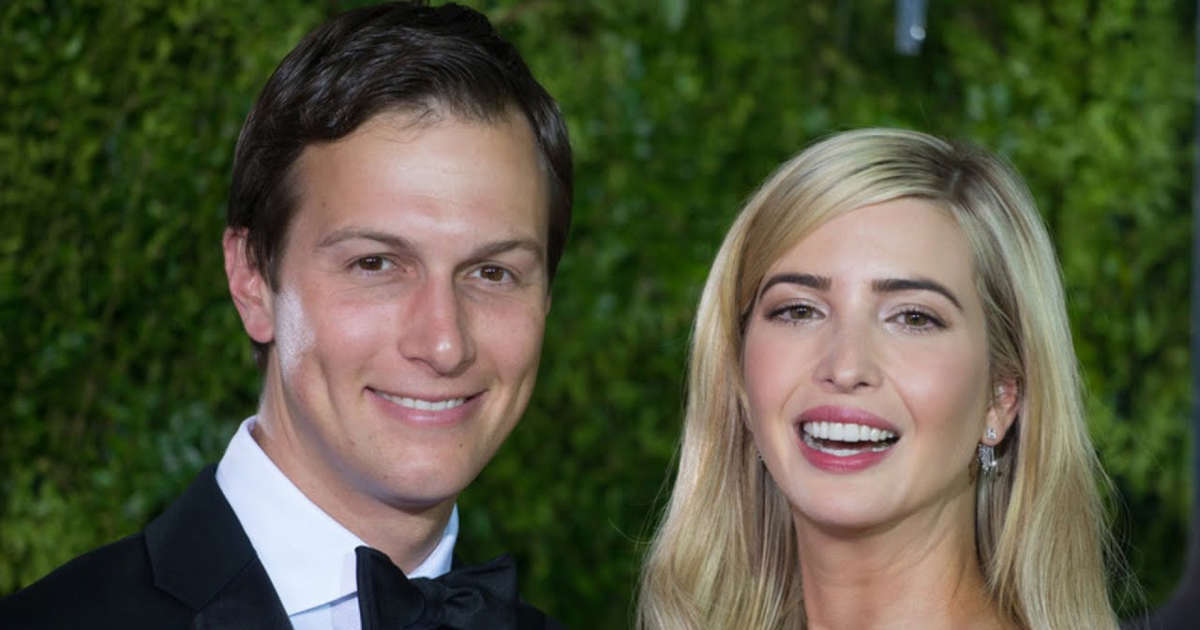 Ivanka Trump and Jared Kushner are the stuff of fairy tales for many and in this article we bring you a timeline of the Ivanka-Kushner relationship and how we believe it became increasingly toxic. This is the quintessential power couple combining wealth, politics and good looks to boot.

© Provided by The Independent News Ivanka-Kushner

Trump and Kushner met when they were both 25 years old. “They very innocently set us up thinking that our only interest in one another would be transactional,” said Donald Trump’s daughter.

That was a long time ago and unfortunately of late the power couple’s marriage is said to be on the rocks.

Here’s a timeline of the Ivanka-Kushner love story and how it all started. (Excerpt taken from US Weekly)

The couple first meet after being introduced at a business lunch and begin dating.

They break up mainly due to religious differences, however the pair later reconcile when Trump converts to Judaism.

Kushner proposes with a 5.22 carat diamond engagement ring. The duo then exchange vows at the Trump National Golf Club in New Jersey. Rumour has it that Ivanka’s father Donald Trump wasn’t happy with the ceremony which followed conservative Jewish traditions.

The duo welcome their first Ivanka-Kushner child Arabella in July. With the new mum posting her joyous news on Twitter.

In October, their second child is born, Joseph who is named after Kushner’s paternal grandfather.

The couple celebrate their 10 year anniversary at Camp David with an intimate event attended by family and friends.

The duo continue to support and campaign for Donald Trump. Ivanka posts an Instagram photo with the caption, “I’ll give you one guess who we’re voting for???, accompanied by a picture of her and Kushner smiling with their mail-in ballots standing next to her father.

Ivanka Trump posts an Instagram tribute to her husband saying “Happy 40th birthday my love” with a picture of their three children. At that time, people were assume all were going well in the Ivanka-Kushner relationship.

The pair now take a step back from Donald’s politics as they distance themselves from Donald’s claims that the 2020 presidential election was rigged against him.

In the same year the couple attend Tiffany Trump’s wedding to Michael Boulos at Mar-a-Lago on November 12. It is only around this time that people start to take notice of the cracks in the marriage.

In Dec, 2022 the couple were also seen being very cold to each other at a Miami yacht party.

“They stood in the same group but looked like acquaintances,” said one source.

“It’s all falling apart. They’re always fighting and can barely contain their growing animosity for each other even when they appear in public,” said another insider.

Rumour has it that the marriage actually began to crumble after Jan 2021 when Kushner saw that Donald had become “radioactive”.

According to a RadarOnline source, “Jared recognized Donald had become radioactive, and he pushed Ivanka to abandon her father for the sake of their own reputations and the future of their children. They still have grand ambitions and consider themselves card-carrying power brokers. But Jared knew if Ivanka continued to stand by her dad, all of his big business connections would go out of the window!,”

Donald Trump is also said to be extremely angry at his daughter for testifying against him on Jan 6, 2021 to the House select committee. He feels betrayed even though the investigation panel criticized her for having “recollection” problems.

Ivanka is said to be caught between a rock and a hard place now having to choose between her father and her husband as her marriage spirals downwards.

The source said that it’s between loyalty to the Trump family or siding with their “glittery, gala-going friends who don’t happen to like Donald all that much.” All this seems like a high price to pay all because of a decision to move to Washington and work in the White House when Donald Trump became president.

The post Ivanka Trump and Jared Kushner relationship: How it became toxic appeared first on The Independent News.