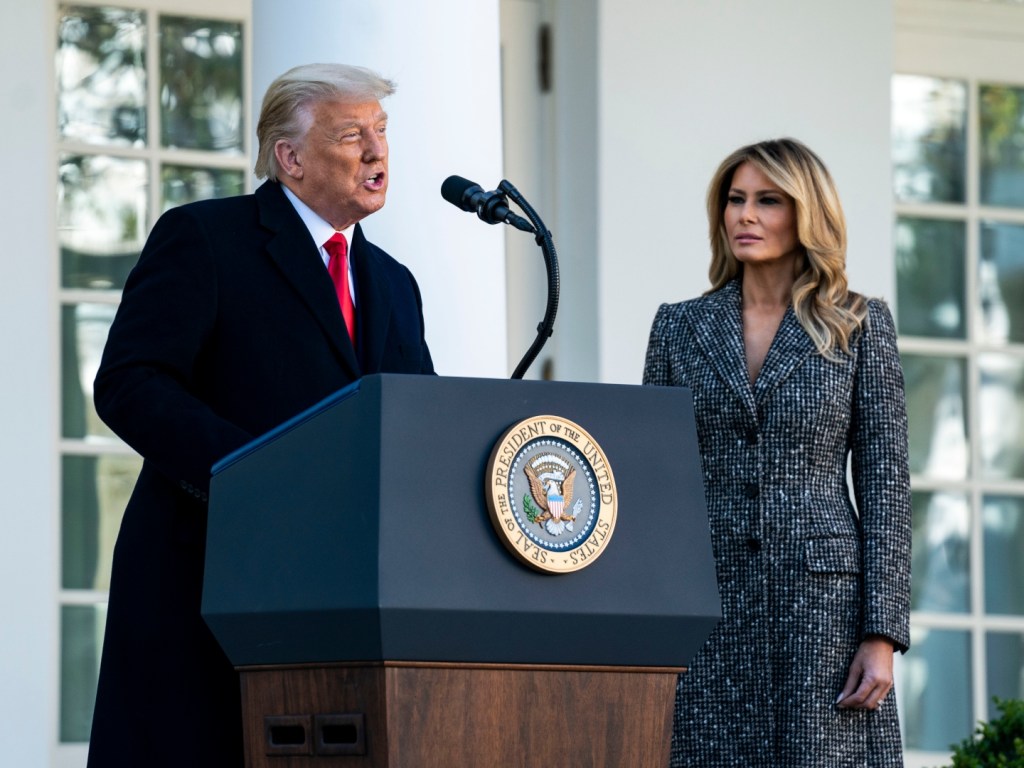 Even though ex-wife Ivana Trump revealed to People that “Donald hates his birthdays,” it was a milestone year for the former president. But maybe we shouldn’t be surprised that Melania wasn’t in attendance because she always “keeps her own schedule and leads her own life,” a source told the entertainment magazine. She did that at the start of his administration when she and son Barron remained in New York City so he could finish out the school year before they moved to Washington, D.C. And while Donald has moved to New Jersey for the summer to escape the Florida heat, “everything in life that Melania likes is in Palm Beach,” according to the Trump insider.

The couple has very different hobbies and seems to prefer their independent activities, but no one should read too much into her absence. The source adds that Melania “has a good life and knows it,” so this shouldn’t be seen as a sign that there is trouble in their marriage. And Trump didn’t have many of his family members in attendance — only Donald Jr. and his girlfriend. Eric and Lara Trump chose to acknowledge his birthday on social media while daughter Ivanka couldn’t be bothered at all.

Melania isn’t changing any of her ways in her life outside of the White House. She will be a summer commuter “going back and forth from New York and New Jersey to Florida,” according to the source, and she will see her husband when their schedules and interests link up.

Click here to see all the times Donald Trump has gone off about celebrity women’s looks.

Many Flags but No Ivanka