This is just embarrassing for Donald Trump Jr 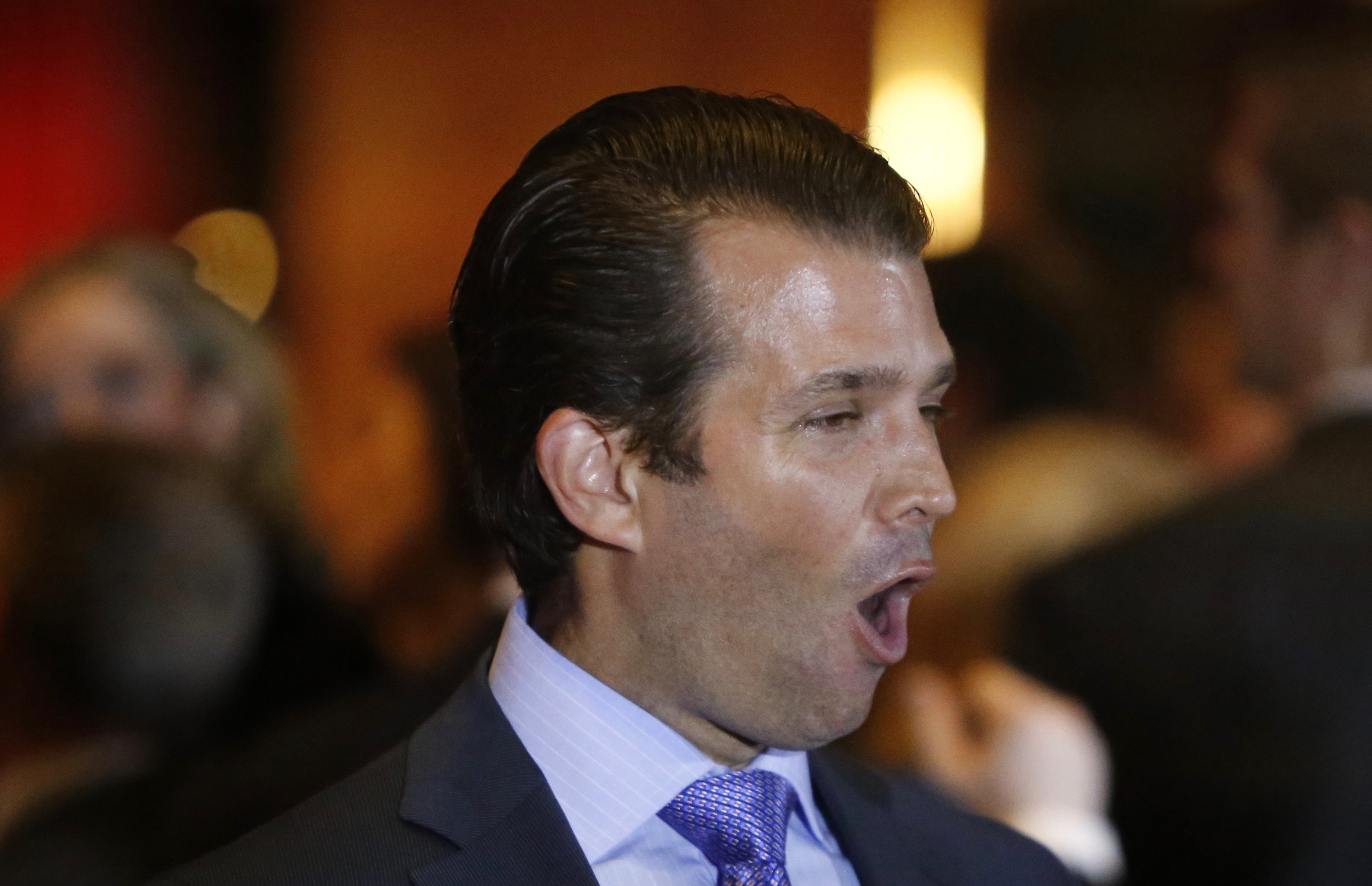 There is always that one person. That would be the person whom one wonders how they ever actually graduated from school. I am not talking about college or high school. I am referring to kindergarten. The person in politics to whom I refer is Donald Trump Junior’s wayward son — Don Junior.

I am convinced there are few people walking this planet as vacant and stupid as Junior. The Trump spawn is the type where one truly has to marvel and ask themselves — is there even one — one tiny little itty bitty virtue that this person has? Anything redeeming? The answer to that question, I believe in Junior’s case, is no.

Junior managed to get himself in trouble on Twitter — not an easy thing for a republican to do these days with Elon Musk running things. Junior, who has not stopped mocking Zelenskyy, posted a tweet that was so humiliating (for him) that I can’t believe he hasn’t left town. What junior did was post an image of Zelenskyy – with an image of Hunter Biden standing next to him. Nude. In the raw, as many so quaintly say.

So, to sum up — this is an adult (Man-baby) posting fake naked images of another man thinking it’s — what? Funny? Perhaps we really do live in a simulation, and Junior was created as a joke — a very bad one. Twitter removed the image, making Junior one of the few Republicans to get disciplined in the new Elon-run era.

Of course, Junior is now being mocked mercilessly for his actions. What an astonishingly STUPID thing to do. Can Junior possibly believe that he’s funny? When not posting memes of naked sons of presidents, Junior can usually be found insulting democrats and trying to kill our magnificent outdoor friends by going on hunting trips. There does not appear to be much else that interests him.

So in the spirit of the upcoming new year, allow me to dub Junior this year’s useful idiot — the BIGGEST idiot of 2022 — and there were plenty of candidates. But somehow, Junior managed to win this one effortlessly. This is likely the only thing he will ever succeed at in his miserable life.