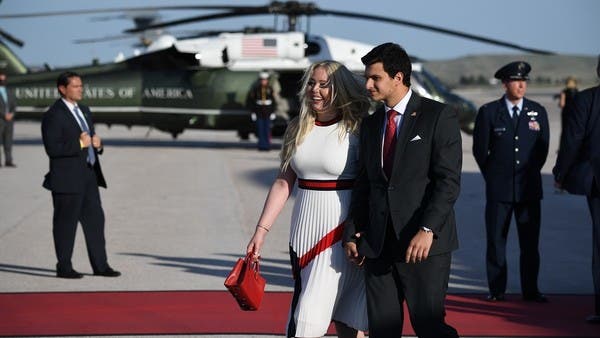 Tiffany Trump, the daughter of former US President Donald Trump, is set to marry her Lebanese fiancé Michael Boulos on November 12, local media reported on Tuesday.

The wedding ceremony will be held at Trump’s home at the Mar-a-Lago estate in Palm Beach in Florida, according to the Miami Herald.

The youngest daughter of the former president announced her engagement to Boulos on January 19, 2021.

For the latest headlines, follow our Google News channel online or via the app.

Described as a “billionaire heir,” Boulos, 25, was born to Lebanese parents and largely raised in Nigeria’s Lagos, according to the Daily Mail.

He is reportedly an heir to a “vast multi-billion pound business empire spanning much of the African continent.”

Tiffany and Michael began dating after meeting in the Greek island of Mykonos in the summer of 2018.

She was first seen with him during the New York Fashion Week in September 2018, and she shared their first photo together in January 2019 after attending a White House event.

Tiffany Trump dazzled in a sparkling, beaded wedding dress as she married Michael Boulos at Mar-a-Lago