Trump begging Jared, Ivanka to join him on stage for campaign launch: sources 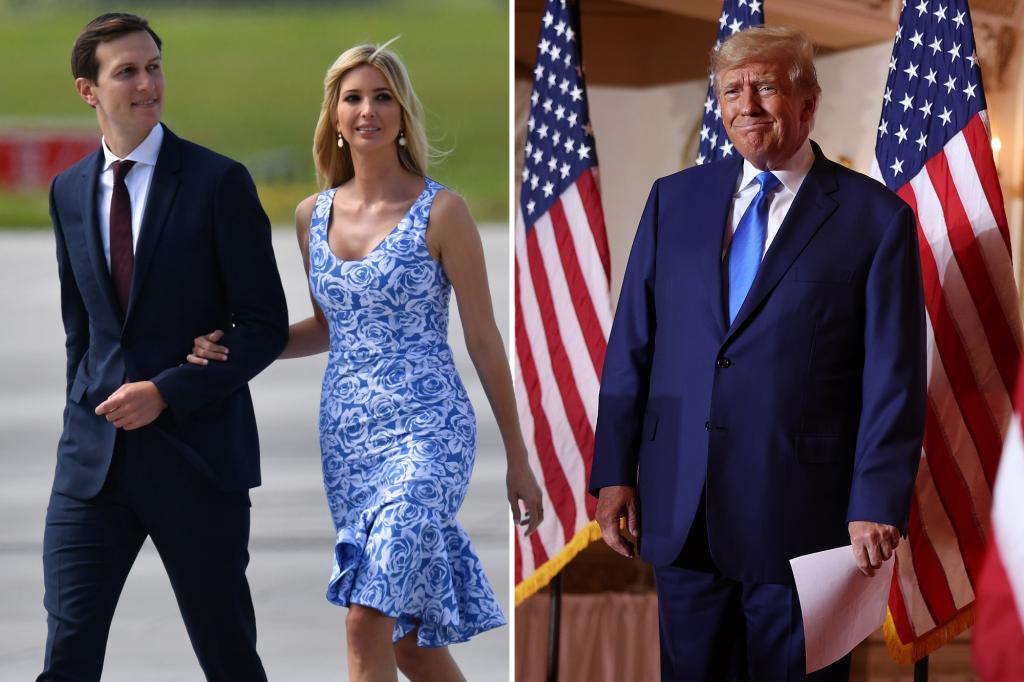 Former President Donald Trump spent part of daughter Tiffany’s lavish Mar-a-Lago wedding this past weekend trying to convince his much-loved elder daughter, Ivanka, and son-in-law Jared Kushner to be with him on stage when he announces his third consecutive run for the presidency at the Palm Beach resort Tuesday night, sources told The Post Monday.

So far, the man known for “The Art of the Deal” has not closed this one.

“Trump thought he could convince Ivanka this weekend to come back and campaign for him as she was the most requested speaker after the president himself last time around … but so far she’s resisting his entreaties and holding firm, as is Jared,” one insider said. “They both feel they got burned in Washington and don’t want to go back and expose themselves and their children to another bitter campaign.”

The couple’s stubbornness has created “extra behind-the-scenes tension,” the source added, since Ivanka’s brothers Donald Jr. and Eric are all in on yet another White House bid by their 76-year-old father — as are their respective significant others, Kimberly Guilfoyle and Lara Trump. 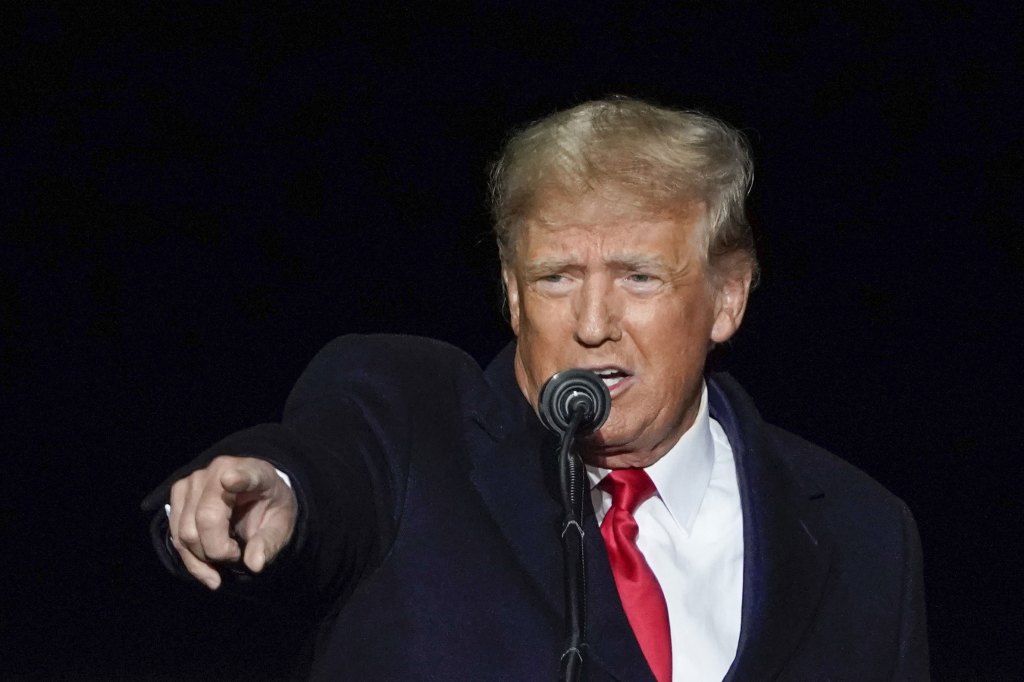 Donald Trump is trying to convince Jared and Ivanka to announce his 2024 run with him. Bloomberg via Getty Images

Jared and Ivanka were hardly Mr. and Mrs. Popularity while working on Trump’s two prior presidential campaigns and in his administration. They were dogged by accusations of nepotism and crossed swords with prominent Trump allies Chris Christie, Steve Bannon and Kellyanne Conway — who accused Kushner in July of running a “debacle” of a 2020 campaign on his father-in-law’s behalf.

Kushner gave his side of the story in his recent memoir, claiming that Donald Trump’s second White House chief of staff, John Kelly, “shoved” Ivanka out of his way when the two crossed paths in the White House after a contentious meeting.

The 41-year-old also revealed in “Breaking History” that he secretly battled thyroid cancer and had surgery to remove a tumor in his throat in November 2019. 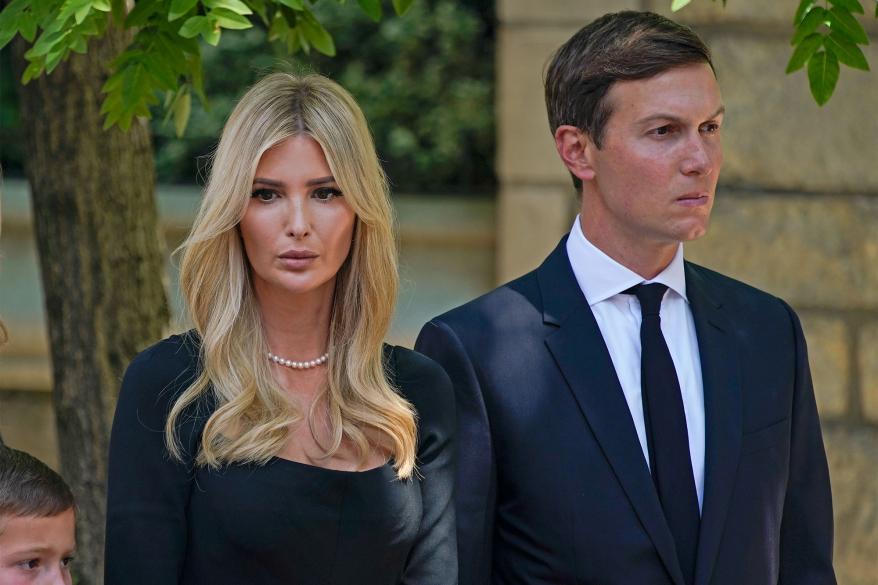 The couple said they didn’t want to expose their children to another campaign. AP 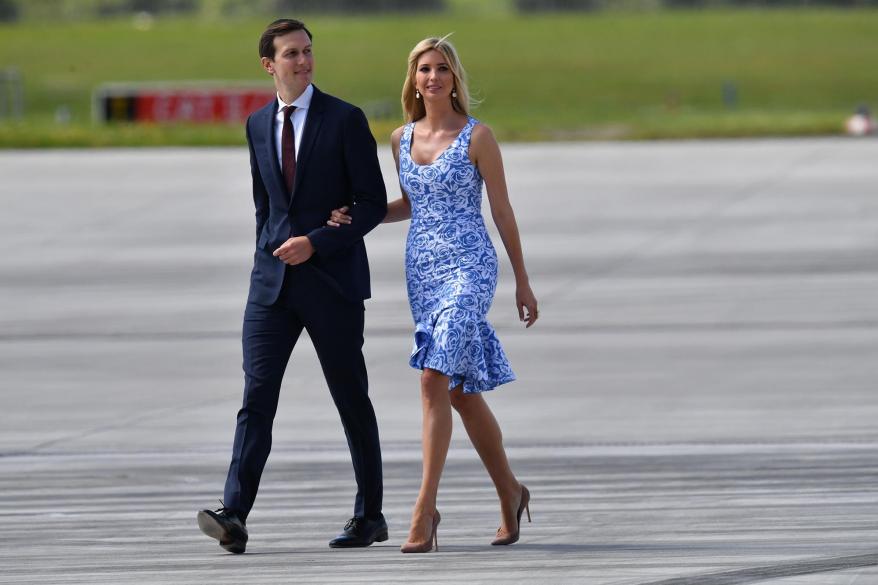 They were dogged by accusations of nepotism and crossed swords with prominent Trump allies during the last campaign. DPA/AFP via Getty Images 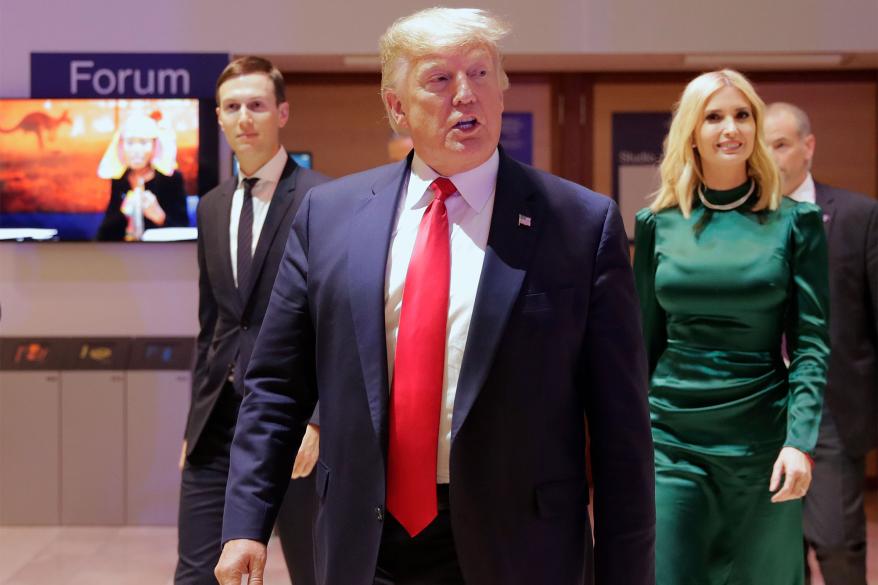 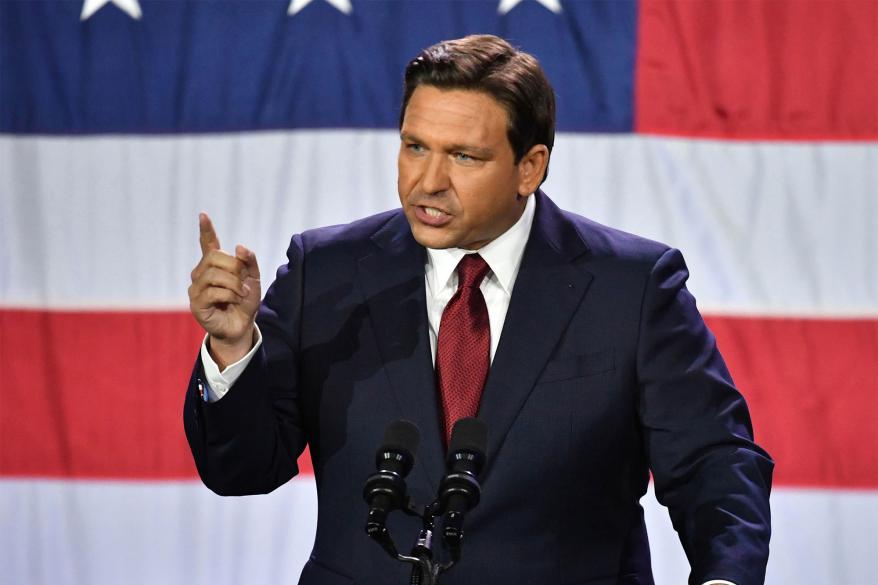 Trump has been bashing Ron DeSantis since the midterms. Sarasota Herald-Tribune-USA TODA

Despite his rocky White House tenure, Kushner wielded substantial influence over domestic policy debates, staffing decisions and even foreign affairs. He notably was involved in brokering the US-Mexico-Canada trade agreement in 2018 and helped lead the White House COVID-19 response in 2020, including the development of vaccines within less than a year. During the final months of Trump’s term, Kushner led efforts to broker diplomatic relations between Israel and four Arab countries, forging pacts known as the Abraham Accords.

Meanwhile, Trump himself appears to be in better spirits ahead of his expected announcement, with the source saying he was “puffing up his chest in public, and at the club and says he’s going full speed ahead into the race [and will] crush [Florida Gov.] Ron DeSantis if he dares run against him.”

However, that may be wishful thinking after a snap post-midterm election poll of likely Republican primary voters showed DeSantis leading Trump by double digits in their home state of Florida, neighboring Georgia, and the key early voting states of Iowa and New Hampshire. 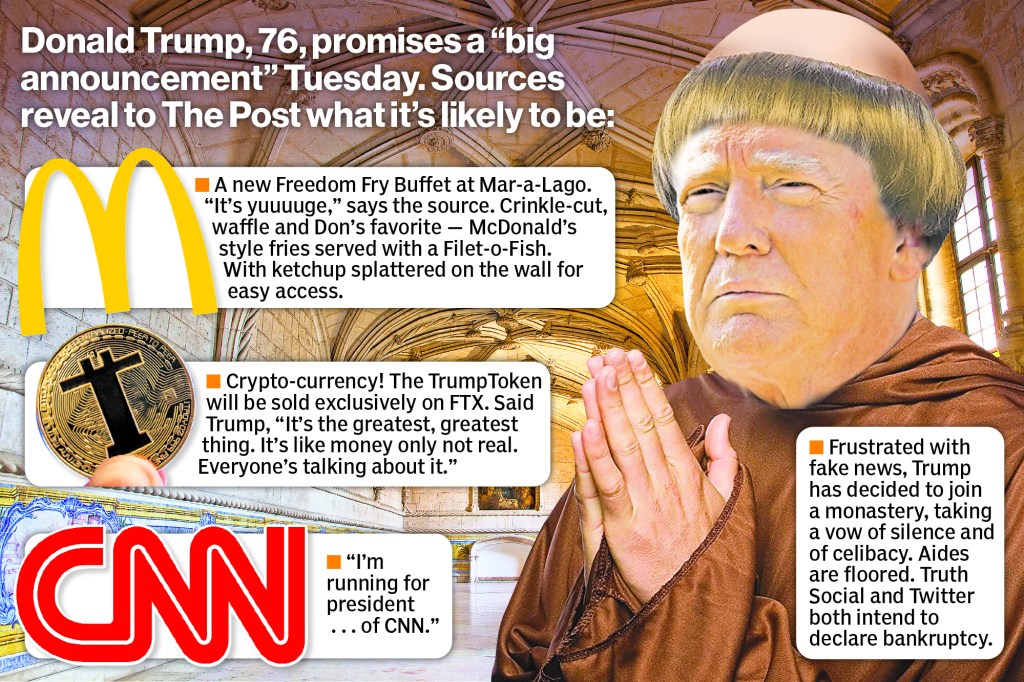 The final choreography of Trump’s 9 p.m. announcement remained up in the air Monday night, with the source suggesting Trump could do his announcement solo if he can’t persuade Jared and Ivanka to present a united Trump family front to the watching world.

“Trump’s playing this close to his chest, so no one knows for sure,” the person said, adding that Tiffany Trump was expected to be excused from the announcement so she could go on her honeymoon with new husband Michael Boulos.

Jason Miller, Trump’s former campaign spokesman and CEO of the fledgling social media network GETTR, told The Post Monday evening that the so-called “VIP guest list” for the announcement in Mar-a-Lago’s ballroom had not yet been finalized, leaving it unclear which family members or members of Congress would attend.