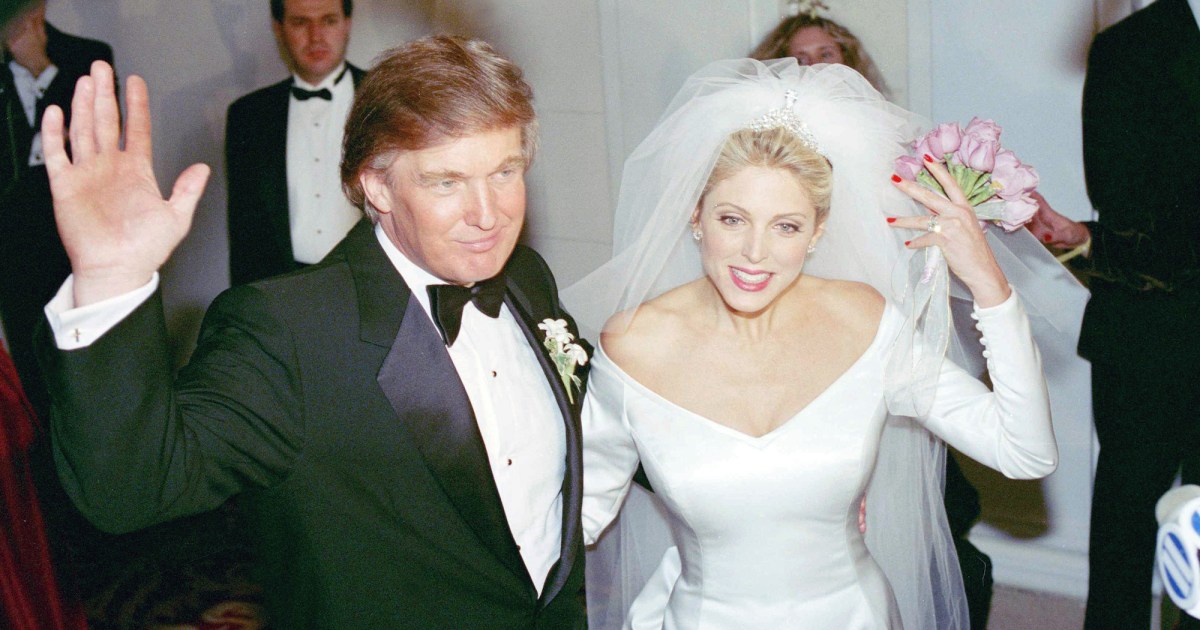 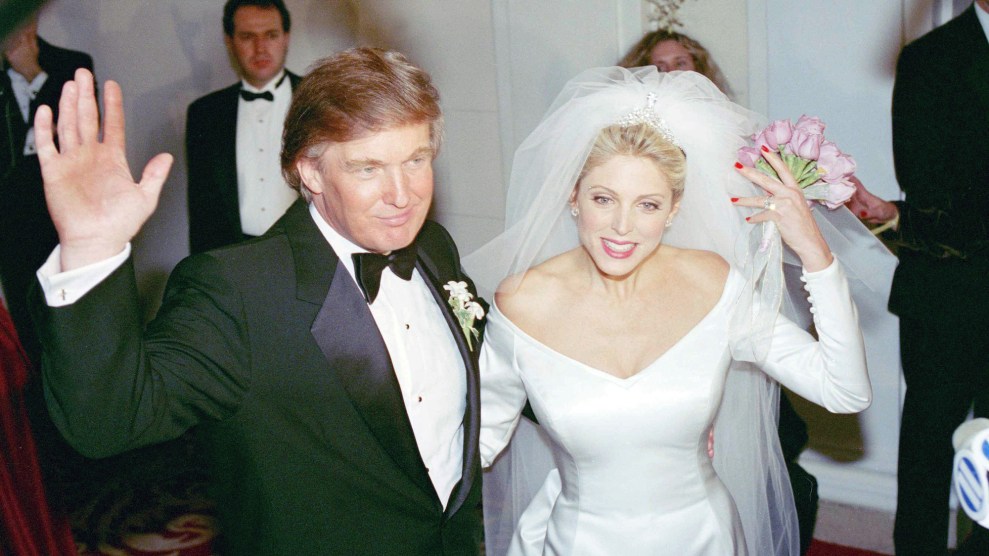 Fight disinformation: Sign up for the free Mother Jones Daily newsletter and follow the news that matters.

Former President Donald Trump has given many denials to writer E. Jean Carroll’s allegation that he cornered her and raped her in a Bergdorf Goodman dressing room in the mid-1990s. He’s called Carroll’s story “all fiction,” “a con job,” and “a big fat hoax.”

“I know nothing about this woman,” Trump insisted in 2019, when Carroll first made her allegation public in a New York magazine article. “She’s a liar and a sick person,” he repeated recently. “She made it up probably to sell a book or for her own ego.”

Yet perhaps the most quoted of all Trump’s defenses is his insulting insistence that Carroll is “not my type,” as he told the Hill in an Oval Office interview shortly after Carroll’s story went public. The New York Times, USA Today, and many other outlets promptly ran his insult in their headlines. The Atlantic broke down the quote’s inherent misogyny: how it reduces an “unruly woman” to a sexual commodity, then dismisses her. Carroll, meanwhile, filed a defamation lawsuit over Trump’s denials, including the “not my type” quote, saying the president smeared her when he called her a liar.

But a newly unsealed deposition from that lawsuit has thrown Trump’s “not my type” defense into question. According to the deposition transcript, when Trump was shown a picture of himself with his then-wife, Ivana Trump, talking to Carroll, Trump misidentified Carroll as his second wife, Marla Maples.

“You’re saying Marla is in this photo?” Kaplan asked.

“Which woman are you pointing to?”

“The person you just pointed to was E. Jean Carroll,” Kaplan added.

The confusion continued for a few more beats.

Earlier in the deposition, Trump said that the photo, which first came to attention in 2019 after Trump denied knowing Carroll, appeared to have been taken while greeting guests at the “receiving line” of a charity event.

We already knew that the “not my type” line is something of a knee-jerk reaction for Trump, particularly when women pose a threat to him. The former president has deployed the defense before, responding to former People magazine journalist Natasha Stoynoff’s allegations that he pushed her against the wall at Mar-a-Lago in 2005 and forced “his tongue down my throat.” (“Take a look. You take a look. Look at her. Look at her words. You tell me what you think. I don’t think so,” Trump responded.) Same with Jessica Leeds, who says he groped her on an airplane in the 1980s. (“Believe me, she would not be my first choice, that I can tell you. You don’t know. That would not be my first choice,” Trump said.)

But now it appears that we can add the “not my type” defense, at least when it comes to Carroll, to the tally of Trump’s 30,573 “false or misleading claims” made over his four years in office.

The deposition is expected to come up in the Carroll v. Trump trial, which is scheduled to begin in April.