Where are the $50 million Tiffany stained glass windows in Downtown Pittsburgh? 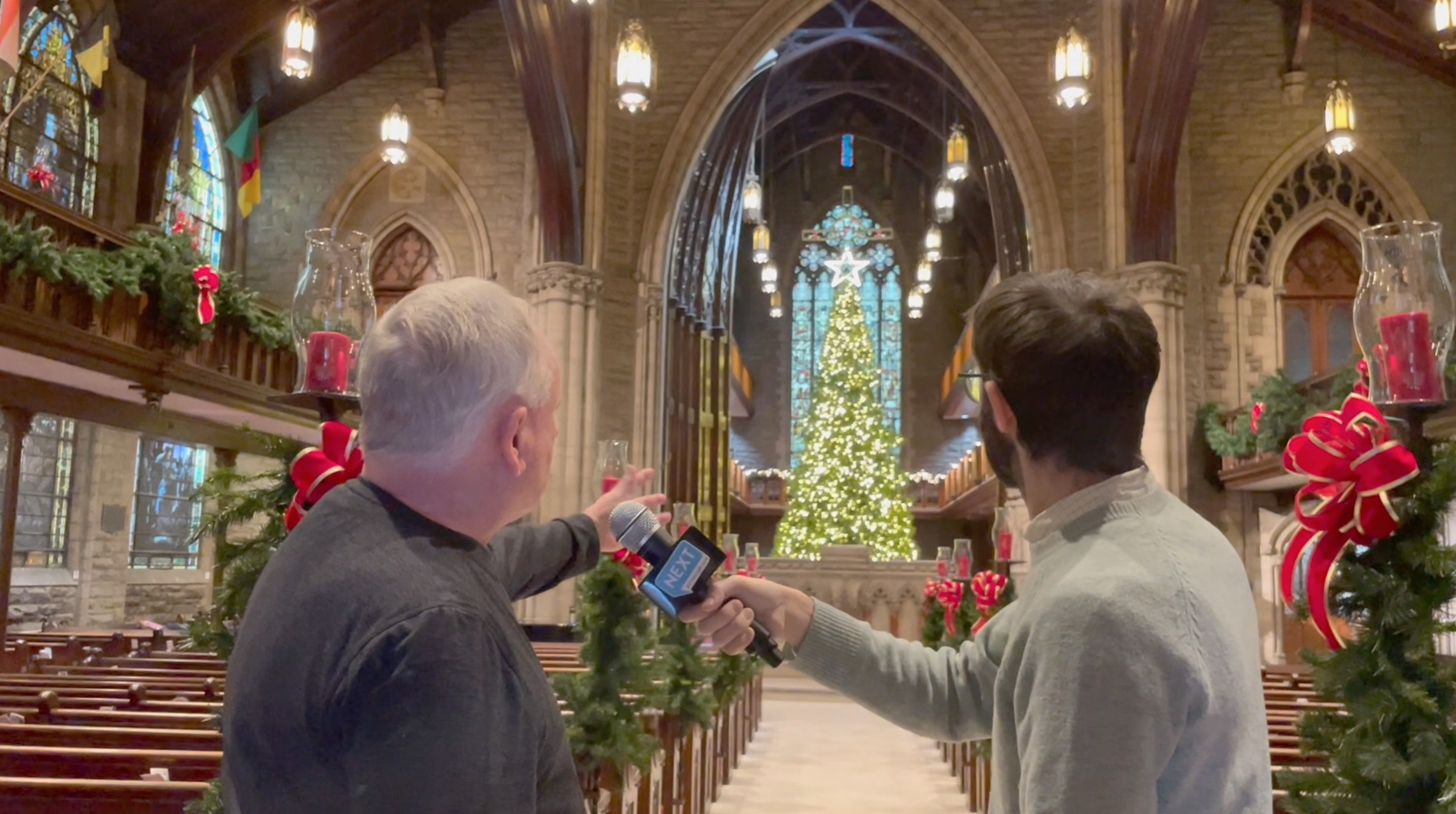 3 things that surprised me:

One thing that didn’t make the final cut: This current church is quite a bit bigger than the church that it replaced. To make room for the enlarged structure, an old cemetery had to be moved. Pastor Tom says the church sent out letters to the descendants of everyone buried there and let them know that they were responsible for relocating the remains of their buried ancestors.

Additional info: The doors to the church are open nearly every day and you can learn more about their service times and history at the website.

Want more Yinzer Backstage Pass? Check out our visit to the University of Pittsburgh’s Cathedral of Learning where we got a VIP tour of their Nationality Rooms and discovered a hidden staircase.