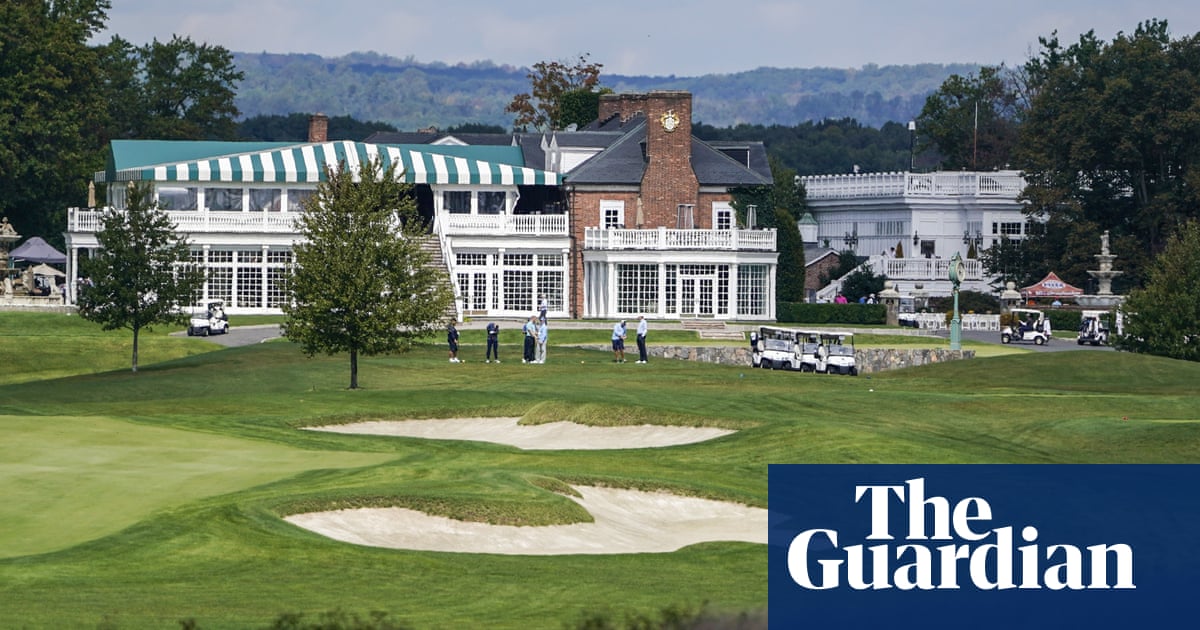 Tax code in New Jersey exempts cemetery land from all taxes, rates, and assessments – and her grave, as such, potentially has advantageous tax implications for a Trump family trust that owns the golf business, in a state where property and land taxes are notoriously high.

According to documents published by ProPublica, the Trump family trust previously sought to designate a nearby property in Hackettstown, New Jersey, as a non-profit cemetery company.

But Ivana Trump, who died earlier this month at 73 after a fall at her home in New York City’s Manhattan, is the first person known to have been buried at the golf course, where Donald Trump and his family spend a lot of time in the summers.

Under New Jersey’s tax code, cemetery companies are not only exempt from real estate taxes, rates, and assessments or personal property taxes, but also from business taxes, sales taxes, income taxes, and inheritance taxes, according to Insider.

Brooke Harrington, a professor of sociology at Dartmouth college in New Hampshire, tweeted on Saturday that she had looked into claims that Ivana Trump’s resting place might benefit her ex-husband’s tax planning from beyond the grave.

“As a tax researcher, I was skeptical of rumors Trump buried his ex-wife in that sad little plot of dirt on his Bedminster, NJ golf course just for tax breaks. So I checked the NJ tax code & folks…it’s a trifecta of tax avoidance. Property, income & sales tax, all eliminated,” Harrington wrote, after opinions accusing Trump of being primarily motivated by the possibility of a tax break began popping up on social media.

Harrington later tweeted the full New Jersey tax code for cemetery land. While there is no stipulation for the amount of human remains necessary in order to qualify for the break, sales of wreaths, larger evergreen arrangements, flowers and other similar items are taxable.

While saying she was surprised about the tax suggestions she also accused Donald Trump of burying his wife in “little more than a pauper’s grave” and as a result disgracing the three children they had together, Ivanka, Don Jr and Eric.

Yes. I was surprised. That’s why I checked and why I posted the thread.

I couldn’t believe her 3 kids–whom she apparently loved & who loved her–would allow their father to treat their mother like this. Burying Ivana in little more than a pauper’s grave disgraces them all.

Previous reports have suggested that Ivana’s former husband has planned to build different types of cemetery operations at the Bedminster golf course.

Last week it was the venue for the Saudi Arabia-backed LIV Golf tournament and was the focus of protests by some families of victims of the September 11, 2001, terrorist attacks on the US, after Donald Trump previously joined opinions that the kingdom was behind the Al-Qaida plot to hijack passenger jets and crash them into World Trade Centre in New York and the Pentagon.

US public radio station NPR reported in 2012 under the online headline “Fairway to Heaven” that Trump planned to build himself a mausoleum on the property, prompting some local objections. That proposal was later expanded to a cemetery that could contain upwards of a 1,000 graves.

That plan was later dropped and replaced with a design for a “10-plot private family cemetery” in the same spot, and refined again into a proposal for a commercial 284-plot cemetery, the station reported.

Ivana Trump was buried in a plot close to the first tee of the golf course, following her funeral in Manhattan on 20 July. Her resting place is marked with a rudimentary wreath of white flowers and an engraved granite stone.

However it is unlikely that the 1.5 acre plot would deliver tax exemptions to the entire Bedminster property – any break only applies so long as the plot is less than 10 acres.

But every break counts, and the former president has previously designated the plot as a farm because some trees on the site are turned into mulch used for flower beds, according to the Washington Post.

Trump’s notions to partially designate the golf course as a cemetery date to at least 2014. Plans then filed with local and state authorities listed a proposal for a pair of graveyards – one for the family, another with 284 plots for sale. The Washington Post noted that buyers, presumably avid golfers, “could pay for a kind of eternal membership” to the club.

But Trump, true to form, had not at that time settled on a course of action. Robert Holtaway, a Bedminster town official, said he had doubts about the cemetery plans. “It never made any sense to me”. But, he added, “we don’t question motives. We’re there as a land-use board”.

Trump already has a plot at All Faiths Cemetery in Jamaica, Queens, close to his mother and father, but plans for his Bedminster mausoleum were suitably grandiose: 19 feet high, in stone, with obelisks, and planted smack in the middle of the course.

Trump has kept silent about his plans for how the “Eternal Donald” will be commemorated in the earthly realm. In 2007, then aged 60, he told the New York Post that the golden course mausoleum was a rational choice.

“It’s never something you like to think about, but it makes sense,” he told the paper’s Page Six column. “This is such beautiful land, and Bedminster is one of the richest places in the country.”

At Ivana Trump’s Funeral, a Gold-Hued Coffin and the Secret